Ever since the Burning Crusade, there’s nothing better than flying over Azeroth. It’s the fastest way of traveling to the far ends of the land, faster than ground mounts. What’s more, taking to the air means no traffic or obstacles or having to swim. Whether looking for the Lucid Nightmare or something else, find them all in the online marketplace.

Riddler's Mind-Worm - Secret Rare Mount from Dalaran, Legion - all Realms and Both Factions 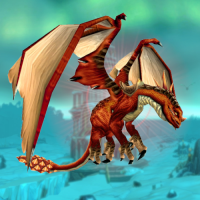 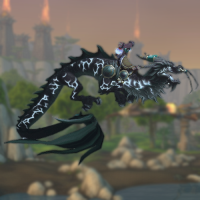 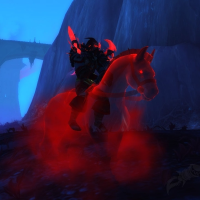 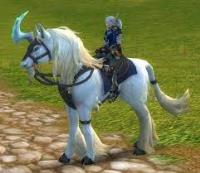 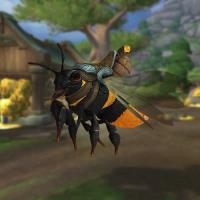 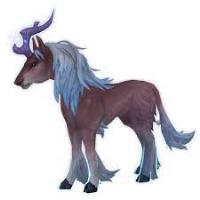 Introduced in the Burning Crusade, these mounts take to the air. They’re faster and allow for direct lines of travel from one place to another. Ground-bound mounts have to navigate obstacles such as forests, mountains and encounters with enemies.

Flying avoids those, saving so much time and effort. It makes for a relaxing journey. While it is faster than ground mounts, long distances still take some time to travel. Moreover, some locations can only be accessed by flying. Its convenience and ease of use made it the preferred method of moving from place to place.

Here are some of the most popular flying Mounts:

This can only be obtained by completing a specific task in the Mythic difficulty of Return to Karazhan. Afterward, players have to defeat the boss to get the mount. One may only be obtained by each player. It’s a cool mount colored in black and highlighted by orange embers.

A mechanical wonder, this ATV can be obtained by training in Blacksmithing and Engineering. Its two components can be crafted by those two professions, after all. It may be recolored, and recipes can be obtained from the Operation: Mechagon boss K.U.-J.0.

Reins of the Infinite Timereaver

It gives the player the ability to summon an Infinite Timereaver, a bluish-gray dragon mount with blue luminescent wings. Can only be obtained through bosses from the Timewalking Dungeon event. Don’t miss those opportunities!

A mount for Alliance players only, this honeybee lets players buzz around Azeroth like the busy bee they are. They first have to obtain a bee pet before starting a quest chain that will eventually reward this mount.

Reins of the Blazing Drake

Dragon mounts are always cool, and here’s another one for the collection. The Blazing Drake looks like the Twilight Harbinger but in a different color. Players can get this mount from Deathwing or, on rare occasions, on the Black Market Auction House.

Vial of the Sands

Unique to the rest of this list is this potion. Instead of letting the player summon something to ride, it transforms the player into a dragon. A friend can then ride them and fly together to a destination. Alchemists can synthesize the potion through a recipe found through Archaeology.

With these reins, players can ride the storm. The Thundering Ruby Cloud Serpent looks like an eastern dragon, long and snakelike instead of wyrm-like. Players get it from Alani the Stormborn or, on rare occasions, on the BMAH.

Invincible is an intimidating, black, winged horse highlighted by blue glinting eyes and gems on the bridle and armored feet of the horse. Its coolness cannot be denied, so this mount proves to be very popular. The reins drop from the Lich King in the Heroic difficulty.

Reins of the Astral Cloud Serpent

Ride the stars with the Astral Cloud Serpent. It’s a translucent (almost transparent) dragon with a constellation ‘skeleton’, obtainable from Elegon in the Mogu’shan Vaults. Otherwise, it can also be obtained from the Black Market, though only rarely.

Reins of the Onyxian Drake

Drops from Onyxia, this dragon shares her coloration of black and purple. It’s equal parts cool and intimidating to ride one of these.

Reins of the Long-Forgotten Hippogryph

This secret mount is rather difficult to get, necessitating a task to find five purple Ephemera Crystals in Azuna within 8 hours without dying. As one of the rarer mounts, it’s desired by many, making it a popular mount.

This mount, looking closer to a demon than anything doglike, resembles Shatug, the boss that drops the spell that summons it. It’s a reddish-brown quadruped with black markings and horns. Hands, feet, and back (all the way to the tip of the tail) all burn yellow with flames.

Convenience is the main draw of buying WoW flying mounts directly from online sellers. Otherwise, the buyer will have to grind bosses for that 20% drop chance. Also, one of them is a pretty tedious task of looking for crystals when nobody is ever sure if they’re in a certain place or not.

By obtaining mounts through this method, buyers never have to wait for guildmates to be free for a raid, or queue for groups. In a few clicks and an in-game trade, they get their mount with half the time and effort.

With the marketplace, buying WoW mounts is simple and easy. Top-notch security keeps all kinds of unwanted elements at bay. Then, an ever-growing trading community makes sure things are always in stock. Lastly, cheap deals are all over the marketplace due to not asking for subscription fees.

Enjoy WoW with these new mounts!

Delivered as agreed upon in a speedy manner! I always recommend RSEOC!