So you managed to make it into the Valorant Beta? Congratulations! Now it's time to get your hands on some sweet Valorant skins. With plenty of Valorant weapon skins and chromas already released, we're sure to see more appearing in the near future. Check out the available Valorant skin bundles today at PlayerAuctions and keep your weapons looking fresh.

valorant account with lots of skins all new skins 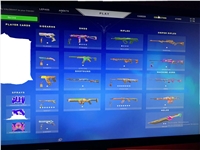 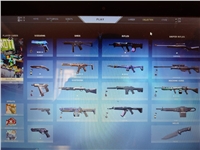 PURCHASED SKINS,AGENTS,PLATINUM IN 2 OF THE SEASONS AND 3 KNIFES

Since the release of the Valorant beta, hype has been building higher and higher, and a large part of what's getting everyone so excited is Riot Games' inclusion of weapon skins in Valorant. Sure to be a major part of the game on release, we already have quite the selection on Valorant weapon skins and chromas to choose from.

Cosmetics in Valorant are a feature of the game that allows you, the agent, to customize your appearance and show off your style to front to your friends, and strike fear into your enemies. So far, the available options for Valorant cosmetics are:


Despite the huge success that Riot Games have enjoyed with player skins in their hit MOBA League of Legends, they have decided (so far) not to include character skins in Valorant. With no plans to release Valorant character skins in the future, it's not looking likely that they'll be added to the game but, due to the popularity that goes along with such skins, we wouldn't be surprised to see them at some point down the line. Never say never!

Will skins purchased in the Valorant Beta carry over to the release?