Trainers like to buy Shadow Pokemon because of the buff that it has over Purified Pokemon. With an increase in attack and other stats, Shadow Pokemon are much stronger and therefore provide more wins for their trainer thanks to their bonuses. Trainers must defeat numerous members of Team Rocket to be able to attain the strongest Shadow Pokemon. 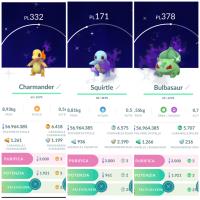 Where It All Started: The Pokemon Colosseum Shadow Pokemon

What is a Pokemon Go Shadow Pokemon?

Shadow Pokemon are Pokemon who have had their hearts corrupted by evil. Since the addition of Pokemon Shadow and Team Rocket members in Pokemon Go, players can capture these Shadow Pokemon only through defeating these members. A player can tell if a Pokemon is of the Shadow variant when they have a red-eyed expression with a purple aura floating through their body.

Is the Shadow Tag Pokemon Ability Related to Shadow Pokemon?

It’s easy to mistake a Pokemon that has the hidden ability called “Shadow Tag” to also be a part of the Shadow Pokemon category. Unfortunately, they are not related to one another. Shadow Tag is merely an ability of mainly Psychic and Ghost-type Pokemon that was introduced in the third generation of Pokemon. Wynaut and its evolved form, Wobbuffet, has Shadow Tag as their signature ability. Shadow Tag prevents adjacent opponents from fleeing from battle or switching out with another Pokemon (during a trainer battle) should there be a Pokemon that has this ability out in the field.

Is Marowak: The Shadow Bone Pokemon A Shadow Pokemon?

Compared to the normal Marowak, an Alolan Marowak is a Fire and Ghost-type Pokemon that uses a fire-lit bone to bash enemies. While it does resemble the Shadow Pokemon that trainers would often see in Pokemon Go because of its color, it is not a Shadow Pokemon, to begin with. Contrary to popular belief, its move, Shadow Bone, is simply a Ghost-type move that’s exclusive to the Alolan Marowak.

A Shadow Pokemon List: The Best of the Best

There’s a lot that goes into being the best Pokemon. They have to have the right set of moves, speed, types, and strength to be able to even be considered as one of the best; but that doesn’t mean that they’re automatically unbeatable. Even the best fall down, after all. Shadow Pokemon is not only one of the hardest to catch in Pokemon Go, but they on the same playing field as Shiny Pokemon. Keep in mind that not every Shadow Pokemon is powerful right off the bat; some of them even have low statistics. With the amount of Shadow Pokemon being introduced in Pokemon Go, trainers have to know which ones are the best and worth keeping.

Pokemon Go Items Reviews
5.0out of 5