Money makes the world go round, even for the private military contractors in Escape from Tarkov. Roubles can be fairly hard to come by in Escape From Tarkov and there are also other types of currencies in the game such as Euros, Dollars, and Bitcoins. Grinding for them can take weeks without having prior knowledge on how to get them easily. 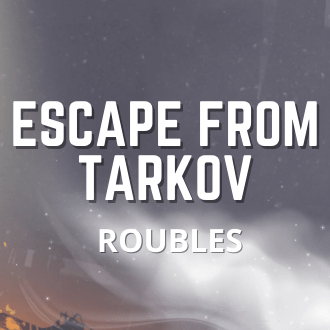 Why Buy Escape from Tarkov Roubles?

Most of the time players will be be using Roubles, but some dealers only trade using Dollars or Euro. Thankfully, players can convert Escape from Tarkov Escape from Tarkov roubles to dollars with Skier and Peacekeeper. On the other hand, they can also exchange dollars to roubles through the same dealers.

With that in-game foreign exchange system, in case some players need in-game Dollars, they can just buy Escape from Tarkov Roubles with real-life money and have them exchanged for Dollars. This is the same case for the other currencies such as bitcoin and euros.

All That Escape from Tarkov Money

Got DAmn Fast As frick