With lots of content to consider and a chunk of gear to farm, the fun never ends in Warframe. Similar to every MMO, grinding can be tedious! Thankfully, with enough Warframe Platinum in their hands, players can simply ignore the high prices set by the market and gear up faster than they can say “Soma Prime!" Now, with Angels of Zariman, players need all the currency they can get to farm Evolving Weapons and spruce up the apartment. 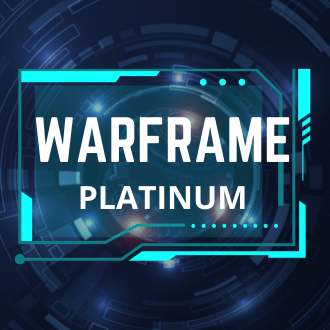 The premise of Warframe revolves around a group of aliens called Tenno, which, having been in a cryosleep for centuries, awoke to find that they are at war with various factions, seemingly caught in the middle. The Tenno have unique psionic abilities, which they use in combat being enhanced and channeled through a special suit of armor called Warframes. Each one has its advantages and disadvantages in battle, so players need to choose and buy wisely.

For players that are not getting enough Warframe Platinum with those methods, they can choose to buy Warframe plat from fellow players or sellers from third-party marketplaces. If they can get enough of it, players can use the currency to purchase additional Warframes or weapon slots. This is because during the start of the game, players only have two Warframe slots, meaning they can only have two Warframes at a time. An additional Warframe slot costs 20 Platinum. Likewise, weapon slots can also be purchased with the currency.

Super fast and fantastic! I know who I'm ordering from again.

Quick and discrete, highly appreciate it!

Only guy I trust easy fast and reliable

didn't explain the items I needed to bring to the trade very well.

Items are an important part of any online game, and Warframe is no exception. And Warframe, despite being a game that's heavily oriented around action, also places much stock on the items players can collect in their game sessions; that's why it's important for players to know the different items in the game.

In Warframe, there are different kinds of items: resources and equipment. The former are raw materials for creating items that can be found in the Foundry, while the latter are items that enhance a player’s Warframe or their weapons, allow navigation to certain areas, and make in-battle effects.

Resources fall under the following categories according to their drop quantity. There are the common resources, which, as the name implies, are found in abundance. They are yielded by lockers, breakables, normal enemies, and bosses. Then there are Uncommon – also dropped by lockers, breakables, normal enemies, and bosses. However, unlike Common resources, they are only dropped in quantities of tens to thirties, some in fifties to a hundred at most. And lastly, there are Rare resources. Unlike the previous two, only one to three pieces of Rare resources drop in a single instance. They are obtained by defeating bosses or a particular type of enemy and are rarely dropped by common enemies and lockers.

Resources also fall into two categories according to their purpose. First would be the Research Resources, which are an important resource for Research - the process of making materials that are intended for the creation of weapons and items. They are uncommon drops from common enemies, which are dropped at around 2 to 3 pieces at a time. The other kind would be Navigators, resources that are necessary if you want to build keys. Navigators are further subdivided into three kinds: Nav Coordinates, which are usually dropped by storage containers; Lephantis Nav Coordinates, which can only be found in the Orokin Derelict; and Beacons, which are dropped by Guardsman Eximus.

Now let's go to the Equipment, which are items players use to upgrade their Warframes and their weapons, thrive in battle, and reveal locations that cannot be accessed without these particular items. There are four kinds of Equipment: Superchargers, Keys, Gears, Extractors, and Boosters. Superchargers are used to modify Warframes and their weapons; Keys enable players to go to locations that are not part of the basic star chart; Gears are equipped on a Warframe's “gear” so that they can be used during battle; Extractors help players to collect resources even though they are not logged in; and Boosters double the materials and other rewards players gain.

A lot of equipment can only be bought with Warframe Platinum, so players have to gather this currency. First off, they can do trading. By running void missions, collecting loot, and selling maxed-out or rare mods, they can make a decent amount of platinum. It's not going to be a lot, but it definitely will be enough for them to buy what they need. And for extra tips on how to make this method work, players can check out forums and chatrooms. They can also gain platinum via login rewards and giveaways, but these are not reliable sources, so players shouldn't count on them.

Last but definitely not least, players can purchase Warframe plat from your fellow players. It'll save them the time needed to farm and sell, and they'll no longer have to rely on luck; all they need is to find a seller from a third-party marketplace online.

Read more
PlayerAuctions is an independent player-to-player marketplace for buying and selling virtual video game property. PlayerAuctions is NOT endorsed by, directly affiliated with, maintained, authorized, or sponsored by Warframe or its trademark owner.
Select server and Faction
We use cookies and similar technologies on this website. This improves the browsing experience for you and enables us to tailor better products and services to you. Cookies are stored locally on your computer or mobile device. To accept cookies either click "Accept Cookies", or continue to browse as normal. Cookie Policy