Can’t find the Escape from Tarkov keys you need? Buy them right here! It’s quick, easy, and cheap to boot! You’ll never have to worry about finding keys again. What are you waiting for? Cut to the chase and get them right here at PlayerAuctions today! 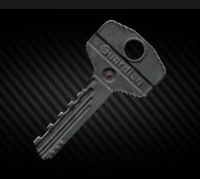 THE BEST AND RAREST ESCAPE FROM TARKOV KEYS

Keys are an important part of the Escape from Tarkov experience. Sometimes, quests require them. Other times, they're merely for accessing extraction points and sweet loot. If you're wondering which ones are the best to keep on your keytool, take note!

The keys will be arranged in no particular order. These keys will make your life easier if you keep them in a secure container, so you won't have to keep on looking for new ones.

Worth getting? Yes, even if just for the quest!

The Marked Key opens Room 314 in the dorms of the Customs map. It's the one with the strange and ominous markings around the door. This room was popular because of the high chances of spawning good loot, such as the Keytool, RSASS, As Val, and in some cases, valuables such as bitcoins and the like. However, the spawn rates have since lessened and it's the good stuff aren't spawning as much. You can take the risk if you're nearby, but it's not really worth it to visit more than once.

Find the key in certain jackets as well as scav drops. One such jacket can be found in Room 118 and Room 104 in the same dorm in Customs. Both rooms are locked and need their own keys, though. Keep it when you get it since you're going to need it in a quest, specifically one from Peacekeeper.

It's the key to the portable cabin near the bus depot and the construction site in the Customs map. Inside is a 5x2 grid weapons box that may contain weapons, attachments, or supplies. Note that only weapons that fit in the grid may spawn in it. Another important item that appears in this room is the ‘Secure Case for Documents 0031' which is necessary to complete a quest from Prapor.

This key sometimes spawns under a jacket in a locked room in the Factory map. You'll need the Factory Exit key to unlock it. Otherwise, you might find it dropped by scavs. You should keep it until you need it to complete the quest.

Worth getting? Yes, for sheer functionality.

This little key opens many doors and opportunities. In the Factory map, it can open two additional extraction points, as well as unlock the room where you might find the previously mentioned key. There are also various supplies you can find in the other rooms it unlocks on the same map. Then you can also use it in the Customs map to open a shortcut before the Gas Station Checkpoint. There's a wooden crate, drawer, and various items in that room.

Despite its name, it's more common in the Customs map. In that map, it might sit in a blue locker in the northern wall of a factory south of some smokestacks. Another might be near a broken TV in a three-story dorm of a small office. Vests or backpacks near the Old Gas Station may hold it, as well as a concrete ring near a medbag behind the same gas station. You might be able to get it as a reward for completing the ‘Spa Tour – Part 7' quest from Peacekeeper. Due to its functionality and necessity for some quests, it's better to keep it handy once you have it.

Worth getting? Only for the quest.

The Machinery Key can open, you guessed it, machinery. Trucks, dump trucks, cranes, and other road-building machinery are included. On its own, it doesn't really have any use. However, if the quest ‘Checking' is active, opening the door of the fuel truck in Customs will reveal a Bronze Pocket Watch.

Get it from a jacket in Room 205 of the Customs dorms, or from scavs. It's only necessary for the quest, so it's not really a priority to keep.

Worth getting? Yes, if you can manage multiple visits or if are trading for a knife.

This Military Base Key opens a door at the end of the main road in Customs. Inside the room it opens, there's a weapon rack, a grenade box, and two ammo boxes. It's not really anything special, other than being a requirement for one of the Therapist's quests. You can also trade it (along with some other items) to Skier for an M-2 Tactical Sword, after you've done the quest ‘Flint'.

The key might spawn next to a Dead Scav on a couch in the boiler building east of the Customs map. Rarely, you might also get it from other dead scavs.

Worth getting? Yes, for farming valuables.

Following the trend of the dorm keys, this one would of course open room 220 of the Customs Dorm. Using it will give you access to various loose loot, the Key ZB-014, and two quest items. As it is required to advance quests from Skier, make sure to keep it when you find it. You might want to hold on to it even after completing the quests since the room's a good source of valuables and Roubles.

Likely places where you'll find this key are the train car in Customs (under some blue clothes), drawers, and scavs.

Worth getting? Not as much as the others.

While it's named ‘Cabinet' Key, what it actually opens is more of an office in the Gas Station in Customs. The office contains a safe, possibly a pistol, and some loose loot. This key (and location) isn’t needed for any quest, but it's alright to keep if you think it's worth it.

Drawers and scavs sometimes hold this key. That means you can get this key from pretty much any map.

Worth getting? If you can get both, definitely yes!

This section is special since it's about two keys, the Key to KIBA Store Outlet and the Key to KIBA Outlet Grate Door. Either of these two keys won't be of any use without the other. That being said, both open up the KIBA Store in the Interchange. The first opens the door, and the second opens the grate. Inside, you'll find weapon boxes, cash registers, and loose loot. Keep both keys if can find them as the shop holds a treasure trove of equipment and supplies.

The KIBA Store Outlet Key sometimes appears in the campsite behind the Goshan Grocery Store. It may also appear in the inventory of scavs as well. Otherwise, you can trade 50 Condensed Milk cans to Therapist to get it.

As for the KIBA Outlet Grate Door Key, there's only one way to get it: Complete the 11th step of the Mechanic's Gunsmith quest.

Sell Your Products
About Escape From Tarkov Keys

In Escape from Tarkov, one of the most important types of items that a player can get is keys. These keys allows gamers to open certain buildings or containers that contain amazing loot for them to use to kill everything on two legs or even use some of them to escape. However, in every game, there’s only one key for specific places. It becomes a race for them to find the Tarkov key and getting it as early as possible before anyone else can. One can safely store their key for future use in other games, but they need to get it first. Luckily, there are a lot of nifty guides out there in the wild that showcase the locations of where a player can find all the keys in Escape from Tarkov.