Don’t feel like getting too close to the action? Then deal damage from afar with the most efficient ranged weapons in OSRS! Shoot ‘em up with the Armadyl Crossbow, showcase your marksmanship with the Twisted Bow, and darken the skies with arrows and bolts with the Dragon Hunter Crossbow—we’ve got ‘em all for you! 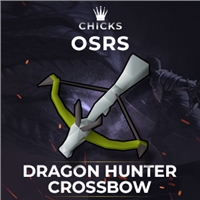 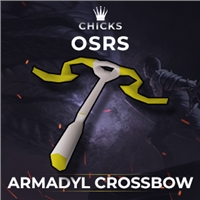 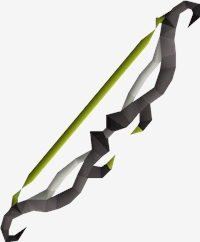 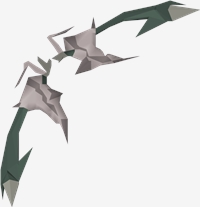 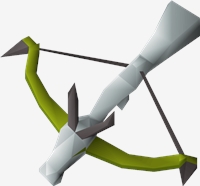 Little slower on the delivery, but overall great.

nice and fast thumbs up

Sell Your Products
About OSRS Ranged

Just like in modern RuneScape, players gain access to a myriad of skills they can level all the way up to 99. In OSRS, items are still the blood of the game, and can be gained through PvM encounters, trading, crafting, and much more.

Some items in OSRS, such as the Twisted Bow with its eye-watering price tag of 1.1b gold coins, are unattainably expensive and are only available to the wealthiest players in the game. Other such items include the Elysian Spirit Shield at over 800m gp, and the Harmonised orb which will set you back a whopping 1.2b RS07 gold.

You could go out and try to farm these items, or kill bosses and monsters to try your luck at getting them as a drop. For example, Eldritch orbs, Volatile orbs, and Harmonised orbs have a drop rate of 1/1,029-1/1800 from The Nightmare of Ashihama, an extremely powerful boss in OSRS with a combat level of 814.

If you fancy wielding a bow during battle, then this is the perfect weapon for you. The Twisted Bow is one of the most potent weapons in Old School RuneScape (OSRS). This powerful weapon can get looted from Chambers of Xeric, but it has a minimal drop rate.

Why is it so popular?

For starters, the Twisted Bow is powerful. It’s hard to find a ranged weapon that can shoot all types of arrows. Yes, even dragon arrows can be shot by Twisted Bow. This adds to its versatility and usefulness. If you manage to get one, you don’t have to change bows anymore. All you have to change is the type of arrows you use against monsters or bosses. Speaking of monsters and bosses, Twisted Bow’s power and accuracy depend on how powerful the magic and accuracy of an opponent. If other bows have a set strength that determines their power, Twisted Bow takes the magic level of the target. The higher the magic level of the opponent, the stronger and more precise the Twisted Bow is. The ranged weapon is sought out by most to fight bosses and solid monsters.

Why do I need one?