Experience the grandeur of the epic MMORPG, Lost Ark, now with NA servers. Players can get an edge by buying Lost Ark gold from online sellers on trusted online marketplaces. Gold provides quality of life improvements and extra gold can significantly decrease the time it takes to gear up and get to the end game.

Latest News: Mystic Abyss Raids are arriving in Lost Ark on October 26th. Players are excited for a new round of end-game content to test their builds against. 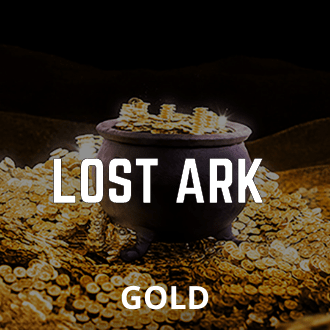 Lost Ark is the long running MMO that is breaking concurrent player count records on Steam after its Western release. Players in NA are swarming to the game and buyers looking to get an advantage are buying Lost Ark gold to get to the end game as quick as they can. The game offers a new experience for many MMO-starved fans who are looking for a fresh release in the genre that has, in recent years, becoming increasingly stale. Lost Ark provides that new experience thanks to the massive world filled with quests, dungeons, and vast oceans (which players can explore with their own ship).

Many newcomers are already calling it not only the best MMO, but also one of the best games they've ever played. To maximize the experience and enjoy the game, some buyers consider Lost Ark gold. One of the benefits of buying Lost Ark gold is that the player won't need to worry about grinding for certain items and weapons to complete quests—they can just enjoy the game’s story to the fullest (and it's quite a story). Despite being competitors with other MMORPGs, Lost Ark is a novel experience, blending elements of ARPGs with the progression and gameplay loop of theme-park MMOs.

Gold is a precious commodity in Lost Ark. Gold is needed to upgrade gear, skills, buy consumables, among many other gold sinks. Players must grind for hours to get the required amount of gold that they want. Whether it’s for purchasing a shiny new weapon or a few potions, it can be draining. This is one of the main reasons marketplaces for Lost Ark exist, to help alleviate players from that exhausting grind and get to the fun parts of Lost Ark, exploring Arkesia and killing demons.

What do Players Need Lost Ark Gold For?

With Lost Arks western release, new gamers from North America, South America, Western and Central Europe can now play the game. While the game is fresh, it will take time for players and the general economy to stabilize and make Lost Ark gold buying consistent price-wise. Prices haven't reached an equilibrium and noone knows what state the in-game economy, via the region-locked Auction Houses, will be, long-term. This is the perfect time for players to buy Lost Ark gold and get an early edge on crafting mats and end game gear.

Besides that, they’ve also added in-game microtransactions to Lost Ark, enabling players to monetize more of the game's tradeables and gold should they plan to be involved in Lost Ark trading. The game involves plenty of different currencies including Peons, which represent an overhead transaction cost on Auction House trades. There's never a short of Lost Ark currency that players will need.

Read more
PlayerAuctions is an independent player-to-player marketplace for buying and selling virtual video game property. PlayerAuctions is NOT endorsed by, directly affiliated with, maintained, authorized, or sponsored by Lost Ark or its trademark owner.
Select server and Faction
We use cookies and similar technologies on this website. This improves the browsing experience for you and enables us to tailor better products and services to you. Cookies are stored locally on your computer or mobile device. To accept cookies either click "Accept Cookies", or continue to browse as normal. Cookie Policy