There’s an abundance of LoL skins that Summoners buy for their favorite champions! Heck, there are even Amazon Prime LoL skins that can be redeemed with a code. With the library of these cosmetic items getting bigger and bigger, players have more options on how to customize their champions in the game. 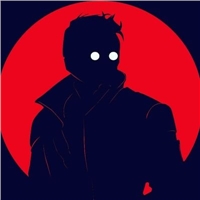 10% off on all Giftable Items in LoL. Loot

League of Legends skins is constantly being added to the MOBA game. It’s not just because this is one of the main ways how Riot Games makes their profits, but players are always looking to see new skins in the market that offer different animations for recalls, attacking, and more. There are more than a hundred champions in League of Legends, and unfortunately, not all of them are equal. Some champions haven’t received a skin for years! With more champions being added to the roster, it’s inevitable that some of the older champs just get left out.

In almost every update, there’s going to be new skins added in. These skins can sometimes be a collective release such as the Project and Pulsefire skins which are two of the most popular skins in the League of Legends. There are also lone or duo skins that are specific only to a champion. Although this rarely happens these days as Riot Games likes to collectively release skins now. The best part about skins is that players no longer need to spend real money just to get them. That used to be the case back then during the earlier days, but thanks to the addition of orange essence, players can now craft skin shards with a specific number of Orange Essence to get the skins.

How Orange Essence Plays an Important Role in Skins

In every player’s inventory, there are several items to find. Namely shards, orange essences, blue essences, chests, and keys. Chests and keys can be obtained by simply playing the game and players can use them to receive shards. These shards can vary from skin shards to champion shards. As the name suggests, skin shards can be unlocked permanently by transferring a certain amount of orange essence, while champion shards can be unlocked by using blue essence instead. Orange essence plays an important role in skins because it’s the only way to receive skins for free without paying up. To collect orange essence, players will have to use up their remaining or unwanted skin shards and convert them into orange essence. By pooling enough orange essence for a certain skin shard they want, they can then redeem the specific skin shard that they want to have as a permanent skin that they can use for a champion.

Skin shards can also be rerolled in League of Legends. All players have to do is select three skin shards that they like the least. When rerolling skin shards, they’ll be able to get a permanent skin shard right off the bat and with a little bit of luck, a bit of orange or blue essence as well. This is the easiest way to get skins in League of Legends, however, keep in mind that the permanent skin shards are randomized, so players will never know what they’ll get. If they have a skin shard that they want to become permanent, then they’ll have to sacrifice their other skin shards for more orange essence. There are also skin shards that are considered to be one of the rarest LoL skins in the market. These rare skins are often expensive and take a lot of orange essences to redeem.

Types of Skins in LoL