No other MMORPG has ever presented a lush world of fantasy the way Guild Wars 2 has. Acquire some cheap GW2 gold today on PlayerAuctions and make the most of the gaming experience the game offers. Not only can you find the best price for Guild Wars II Gold here, our review system also allows you to check every seller's historic transaction and reputation so that you can shop without worry. 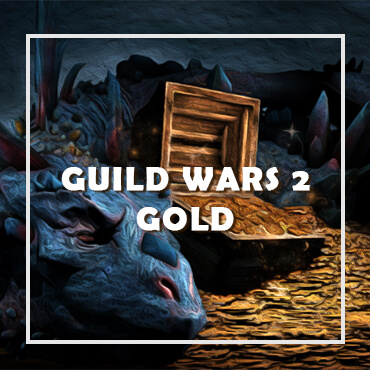 Has school started? Things getting busy at work? Sometimes, we have just enough time to make our raid schedules and guild runs, but not that extra time needed to farm our Guild Wars 2 gold or resources. So why fall behind if you don't need to? If time isn't a resource that you have, then stay in the game with your other disposable resources. Make the leap and buy CHEAP Guild Wars 2 gold. Save time and have fun!

The Best Prices for GW2 Gold

Did you know that on average, PlayerAuctions' player to player prices are generally 20% - 30% lower than industry averages? No need to spend more on higher gold prices when you can get more GW2 gold for your money here. If you need to buy Guild Wars 2 gold, PlayerAuctions is the best place to go!

On the other hand, if you‘ve got a huge load of Guild Wars 2 gold to spare, then sell it with us. You can easily find buyers for gold from our 1 million+ members. Don't sell to those companies who usually upshelf the products they buy from you to make upwards of 40% profit off YOUR hard earned work. Put the buck in your pocket, not theirs…

Transacting with other players through the PlayerAuctions marketplace is safe and secure. Thanks to our PlayerGuardian Trading Protections, we ensure that each GW2 order is genuine and that each purchase has been delivered before disbursement is issued.

There are so many reasons why trading at PlayerAuctions makes perfect sense. We offer the best prices for GW2 gold, we provide our friendly community with multiple payment options and 24 x 7 Customer Support. We have been keeping our members and their trades safe since 1999 and are a BBB accredited company.

If you have questions, concerns or suggestions, please do not hesitate to contact us. You can reach us through our 24x7 Customer Support, email, or fax. Happy trading!

Seller was reasonable! Thumbs up!

I've made several transactions with this seller and definitely recommend.

Guild Wars 2 by ArenaNet combines the fun of Action-based MMOs and the solid optimizations of tab-targeting combat. What is unique to the Guild Wars Franchise, is that is was never based on a subscription model. It was a one-time purchase, and bam, you have access to the game and its servers forever.

While it's true that GW2, unlike the first GW, focuses more on the PvP aspect, PvE is still a strong element to the game. With epic dungeons and, introduced in the Heart of Thorns expansion, mighty raids, there's so much end game content that it can be difficult for players to find what they want to focus on at first.

But as with all MMOs, whether PvE or PvP focused, you can never really get anywhere without some loot, gear, skills, levels, and, most importantly, gold.

It's a given fact of life that you simply need to amass a ton of Guild Wars 2 gold (or GW2 gold) the way about going about it is important. There are plenty of guides to get GW2 gold, but they will all require time intensive efforts, or will lead you down a dark path of exploits or botting which can lead to your account having problems. Sure, you can acquire them via other means, but drop rates, the hassles of dealing with other people and distributing loot fairly and, of course, the time it takes to gather gold can be daunting.

Guild Wars 2 gold is hard to come by and it is very hard to grind at the end game for it. There are tons of consistent ways to farm for said currency, but it can take a lot of time, sometimes even making it not worth the effort. Competing with literally hundreds of players in a single spot or performing activities that require more than one player to accomplish can be a high barrier-to-entry just to buy some basic stuff in the game.

Places like the Silverwastes can be absolutely dreadful for the gamer with no time. Balancing work and a grand game like Guild Wars 2 is a difficult thing to pull off. The faster yet more expensive way to farm for GW2 gold is to purchase gems with real money and sell them in-game at fixed prices. There are a few well known locations in the game where people can get GW2 gold, wherein one popular way is to farm crafting or cooking materials. Spawn locations for orichalcum ore, ancient wood, omnomberry, and other popular materials can often be camped, AND they constantly change, so you can never find a particular location and rely on it. This is one element that makes crafting camping tricky. But still, even in dungeons charged lodestones can be farmed easily in Malchor's Leap and the Cursed Shore. Skale and Young Karka farming has also been a popular method resulting in about 2 GW2 gold per hour. Not impressive, but if you have the time, there you go. There are sharp fang faming for G2s in the Iron Marches, and Mature Herbs farming in the Bloodtide coast. Engraved Totems and Heavy bones can be found in Timberline Falls off of Jotun and Grawl camps. While this is the “legit” way to buy Guild Wars 2 gold, it can be unfair at times due to the quickly fluctuating rates of gems. What you get for them now may not be the same amount in the near future. In fact, most of the time, a lot of the exchange rates for currency from real money is so skewed in favor of ArenaNet that you are not getting your money's worth.

There's always the option to buy gw2 gold directly from someone who sells it rather than playing the market with gems. But what incentive would anybody have with direct buying rather than going with the gems? Well, recent trends show, as mentioned previously, that gem rates for gold can be fickle and fluctuate often, dictated by the pricing scheme of ArenaNet at the time. By purchasing gold directly from a third-party site, not only do you bypass the hassles of trying to sell off your gems in an ever-decreasing market price, but you also get more gold per dollar spent.

Don't believe me? Well, maybe you should take a look at the most reliable, legit, and safest site to buy and sell Guild Wars 2 gold, PlayerAuctions.

PlayerAuctions is a site dedicated to being a safe and space where like-minded players can trade with one another without any fear of scams or shady dealings. With members all over the world, PlayerAuctions hosts one of the largest resources for in-game items, currency, accounts, and a ton of other things related to gaming and is a one-stop shop for all your needs. You will never need another site once you've perused the wares in PlayerAuctions.

To search for your intended game, simply use the alphabetical listing located at the top of the homepage or type in the game in the search field if available. Once at the game, pick the tab of the category of your choosing and marvel at the plentiful sellers' offers. Choose whichever seller you like on account of how fair their exchange rates are and check out with any of several methods of payment.

With PlayerGuardian technology watching over you, you can rest easy with the fact that you are getting what you paid for, because we have been doing this for over 15 years.

But, don't forget that you can also sell Guild Wars 2 gold onsite if you are flush with the in-game currency. You can turn a real profit selling gold on PlayerAuctions rather than buying gems in-game because you can't convert gems into real cash.

Not only will Guild Wars 2 be a game that you love and enjoy playing, it can also end up making you a lot of green in the process. So don't hesitate! Buy GW2 gold from PlayerAuctions, start dominating, and earn back cash in the long run.