In case you aren’t familiar, or if you want to be brushed up, rifts are teleporters scattered all over the map. Step into one, and you vanish, getting spit out high in the air. If you deploy your glider immediately, you’ll glide for enormous distances. So, in short, rifts are the easiest way to travel a long way, but that’s hardly the only thing they do—I’ll explain below.

Rifts are your one-stop shop for travel, but there are a few things that you need to understand before hopping on in. Here's everything you need to know about Rifts in Fortnite:

This is a biggie. Once a rift is used, you’ve only got a few seconds before it combusts, and you’re rift-less, and that’s no way to live. However, they never go away if they are unused, even if they get in the storm.

If you can get through it before your pursuer arrives, the rift will close in a few seconds, and you won’t be caught (unless there’s another rift, but that’s another story).

Rifts Get Used Up Quickly

Whenever many people land at rift-heavy places, such as Tilted Towers, you’ll hear all the rifts being used up frantically as everyone bails, so you better secure one quickly.

Rifts Will Save You From the Storm

I’ve done this one before, numerous times. Once, I was at Valhalla, and the storm was ending somewhere around Paradise Palms, and I forgot until the storm engulfed me. Luckily, I had some rifts and quickly made it to safety.

Forget about stealth if you want to rift somewhere because the moment you step in, a loud boom will echo across the map. If anyone’s paying attention, an enemy is bound to see you. That doesn’t matter unless you’re in the last few people alive or if you’re trying to have a stealthy ambush.

You Could Drive A Vehicle Through It

Believe it or not, driving a car or a truck through the rift was possible in the 14.30 update. In the said update, players had the option to do the Rift Challenge, which involves the rift zones. The challenge needed players to drive a vehicle through the rift. It might sound simple, but don’t forget that these rift zones are a couple of feet off the ground; you’ll have to jump over a ramp to drive through it. I haven’t tested whether you could use the other vehicles found in the later seasons after 14.30’s content, like the All Terrain Kart or the Whiplash, to zoom through the rift. It’s the same to assume, though, that you’ll always be required to have a ramp and a headstart to gain enough speed.

Where Can I Find Myself A Rift?

Let’s say that, by now, you’re pumped up. You love the idea of rifts, and you (correctly) assume they’re one of the best things to be added to the game in months. It’s like a launch pad but better and more accessible. Plus, it also does the same thing: get you to much higher ground. So, where are these little fellas located?

Well, I have bad news. Most of the rifts have been removed with the season change, but a few places always potentially have them. I’ll take you through some of them.

You’ve heard all my explanations about Rifts, and you’ve decided it’s too much work. Maybe you don’t like going to places where they spawn, or maybe every time you try to use a rift, someone’s already used them, and they have vanished.

Not to fear, for there is a savior—the ever-delightful Rift-To-Go. You guessed it: it’s a portable rift. It takes up a slot in your inventory, so keep that in mind if you’re short of space, but it’s invaluable in the long run. I can’t tell you how many games I’ve lost because the storm gave my opponent an enormous height advantage (I had to leave my mountain and scale a steep mountain with someone above me many times).

However, the Rift-To-Go will save you. Use it for anything you would use a normal rift for, but you can decide when and where to pull it out. There are tons of benefits. First off, you have the element of surprise. Nobody will anticipate you having one, so you’ll have the upper hand. Secondly, the storm has zero power over you. Even if they have a big base way up on a mountain and you don’t, no worries! You can get up there with no problems. I can’t stress the importance of holding onto one if you are lucky enough to stumble upon it.

Try A Rift and Experience the Fun

Whether you’re a player that loves them or hates them, their potential is undeniable, and I, for one, love using them. Try them out! They’re fantastic for travel, fighting, escaping, and everything else. 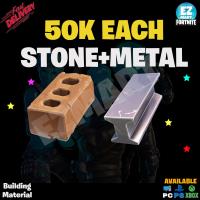 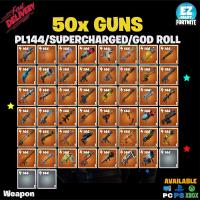