With FFXIV Endwalker's release, players will need a full set of Scaevan gear to get their Reaper or Sage off on the right foot and into the end-game quicker. With an online marketplace, players will no longer have to grind for hours just to get BiS FFXIV optional items for their new characters, buyers can get them quickly and conveniently by choosing an offer from a reputable seller. The fact that they'll look glamorous as well is just a nice bonus. Without having to worry about farming items buyers can sit back and enjoy the conclusion of FFXIV's (this arc at least) story.
SELL
1400 offers found
Loading
Select server
Select item
1400 Offers found
Reset
OFFER TITLE
RATING
DELIVERY
QUANTITY
PRICE
LATEST
186443031

All Ponies (Including nightmare) 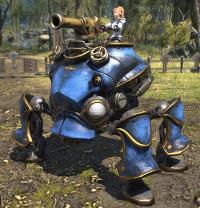 Gobwalker mount + any raid loot is yours.

(all server) PHIAL OF FANTASIA

Why Players Get FFXIV Optional Items

Want a Zodiac Weapon but don’t have friends to help defeat the Hydra? Players simply don’t have the time to go through Trials, and FATEs to get their FFXIV Weapons and FFXIV Tools. Getting FFXIV hassle-free is something that is near impossible, especially in a franchise that is famous for letting players clock in the hours trying to get a single item. With a little bit of luck and RNG, players can successfully get those items. However, those days don't really happen consistently. Weapons, armor, and various Final Fantasy XIV items in the game can be obtained in many different ways. A player can either hunt for these items in the dungeons to try their luck in getting it. One can also try to purchase it off from an NPC should they have it. If all else fails, players often turn to the auction market where other players post up their items for sale. Be warned though, as some of these items come with a hefty price tag. The main reason as to why players get FFXIV items constantly is to improve their character. By having better items, players can increase the stats of their character and therefore become stronger than ever before.

Gear progression is what most players in FFXIV struggle with. Even the top players in the game have trouble in dealing with how to progress their gear in order to maximize its potential. There are many routes that players can take when it comes to gear progression. There are an abundance of guides out there in the wild that players can look into. From the Heavensward expansion even down to the A Realm Reborn, there are many things that gamers must take into account before taking that first step to improving their equipment.

Some of the most popular FFXIV Mog Station items

Sell Your Products
About FFXIV Items

One can spend literally hundreds of hours just trying to grind through Final Fantasy XIV's fantastic PvE content because it is a game that has an IP stretching back to the 90s to draw upon. Eloyrea is simply rich with lore and content. With loads of gear for all of its different and unique classes, there's always a reason to keep getting better.

Raiding in FFXIV is no joke. Making one wrong move like - let's say, not being able to pass Allagan Rot before the debuff timer expires - can spell instant doom for a player and their raid mates. It's always important to get to know the fights beforehand through guides and tutorials as well as having synergy and chemistry with the rest of their raid. FFXIV items are a dime a dozen to be honest, but the difficulty in acquiring them can be daunting.

From crafting to acquiring Bind on Equip or Pickup items, there are many options for players in terms of gear progression. However, sometimes, there can be difficulty in the ever so devastating RNG (Random Number Generation). A lot of players run Coil, Crystal Tower, and Alexander, but sometimes, despite being skilled enough to finish those instances without any fret or worry, the gear they want and need are simply out of reach because they just won't drop.

Ever been frustrated in a raid group, when an already pimped out player receives the loot from a dungeon or raid? What do those players do with those extra items they don't need? Sure, plenty of them sell within the in-game auction houses, but some make this loot available to other gamers for trade. From the famous Astrologian HQ sets, to the Dragoon class ilvl sets, there are just so many great items in the game that even some other players don't know about. But it doesn't stop with just buying armor and weapon sets for FF14, crafting, as anyone knows is a huge part of FF14, and trying to level up their jobs can be a mind numbingly painful process.

And if you fell behind in the game place for a time due to finals, there are also high level crafted item sets with the best iLvl in the game to date.

Fortunately, there's a solution to this for players that are flush with tons of Gil - they can purchase these gear pieces instead. However, knowing the trend of the game, raiders who mainly just do instances and care little else about the game will not have much in-game currency. Gil farming can be a tedious grind due to the hours required to put in with crafting and/or gathering mats. So, another method has to come about due to a raider's time constraints.