Players express themselves with these FFXIV emotes! Whether they want to break out into a joyful dance or just show how they feel, they can bet that there’s an action for every emotion they’re experiencing. Gamers can find the perfect emote to express joy, sadness, anger, disgust, or fear. Communication is key and actions do speak louder than words. 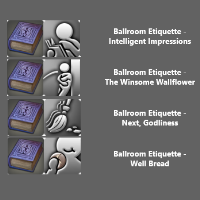 Communication is a two-way street, and words aren’t the only way to do so. If words were a car, actions would be a bus or even a truck! Actions convey more meaning to words. Merely saying so doesn’t mean much. But if it’s backed up with actions, then it suddenly becomes packed with meaning. However, in video games, a character’s actions are quite limited. They can move, attack, and jump. For some games, that’s the end of it. Good thing MMOs have applied emotes.

Emotes in FFXIV let characters do more actions with a command. It can be something as simple as waving to another character, or as complicated as dancing. There are three main types of emotes in the game: General, Special, and Expressions.

General Emotes are rather simple actions. They express greetings and various usual emotions such as anger or joy.

Special Emotes include dancing, exercising, and posing. Some of these emotes, especially the dances, may have sound effects as well. The following emotes belong in this category:

Lastly, Expressions are just what the name implies. These change a character’s facial expression to match the feeling to express.

Where to Get FFXIV Emotes

Though players get some as soon as they create their character, there are more to get in various other ways. There are FFXIV emote quests where completing it awards emotes. Others can only obtained during events, and some even come from sources in the real world. Figurines of in-game characters might come with a code that unlocks a special emote, for example. The last source is to buy emotes from the Mog Station. Emotes could also be sent by friends as gifts, though these are only ones from the shop.

So, whether a player is roleplaying or wants deeper communication with friends, it’s better to collect more emotes. The more emotes a player has, the wider the feelings they can convey. With the game allowing macros, they can even mix and match emotes! That gives an even wider spectrum of emotions to express.

Players want to get the perfect FFXIV emote now and experience a world of better communication. Before participating in player-to-player trading, please research the risks and possible consequences. Asking legal professionals or referring to the game’s policies and terms would be a good start. Both buyers and sellers take precautions to keep safe in transactions.

FFXIV Items Reviews
5.0out of 5

Fast and efficient, superb communication. Will be buying more!

I would accept the offer again at any time

I would accept the offer again at any time