Player's want to prepare for FFXIV Endwalker but often find themselves with lacking the Gil to to experience everything the expansion has to offer. In that case, buyers should treat themselves to some well-deserved FFXIV Gil. Players should have enough gil so that they can buy a full set of Scaeven for their Reaper and Sage so they can keep one step ahead of the pack and start the new expansion on the right foot. 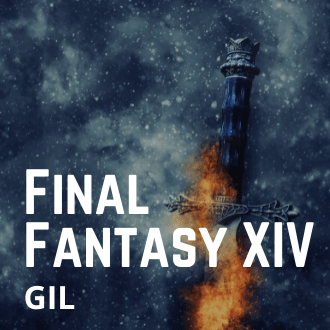 Any Final Fantasy XIV: A Realm Reborn player knows the truth: Gil is hard to earn in-game. As such it is easy to waste time farming Final Fantasy XIV Gil. Having extra help such as getting FFXIV Gil is a time saver for many players.

Wouldn't it be great if players could farm FFXIV in a single afternoon and get a chance to actually play the game? Unfortunately, that’s not possible these days. Every year, more and more online games force players to play their game for hours just to farm up on currency. The time and energy spent on these games just to get some currency is oftentimes boring to most players, simply because they’re doing the same process over and over again. As a result, gamers miss out on a Trial or a FATE simply because of this.

Gil is the standard currency in every Final Fantasy game, and FFXIV is no exception. Gil is commonly referred to as gold and can be acquired in a number of ways in Final Fantasy XIV. For starters, players can farm Gil by simply killing monsters. Monsters drop the currency almost every time, but it can be tedious for some. One of the most well known ways of farming Gil is by doing missions/completing quests. Quests and missions on FFXIV are abundant—there’s always an NPC that’s looking for players to do them some favors. Whether it be a fetch quest or a kill quest, these missions net tons of Gil for players and even special items that they can either equip or combine with their other materia. Another common way of farming Gil is by entering dungeons. Dungeons in FFXIV are dangerous and players must not explore in one unless they are well prepared. Most of the time, gamers go into these dungeons with a party to assist them and the game inevitably divides the rewards later on once they have finished their exploration.

How Should Players Spend FFXIV Gil?

FFXIV has fewer gold sinks (relatively speaking) than other MMOs, an adage about the game is that it respects your time, and the same is true of ways to spend your gil. That being said, there are no shortage of options for the motivated buyer and we’ve listed just a few of them below:

Although my own errors caused this order not to go through, response was quick

Sell Your Products
About FFXIV Gil

The word “WoW Clone” is thrown around every day at almost every MMO in the industry with reckless abandon. When Final Fantasy XIV: A Realm Reborn first came out, people flocked to it due to its excellent graphical quality and the strength and power of Square Enix's name, but plenty of players still called it a WoW clone.

Worse still, it was generally seen as an “incomplete mess” at the time of launch. So badly reviewed at its launch, FFXIV ran into serious problems with its fan base and industry viewers alike. There was at first a huge backlash from the gamer community because of systems in the game that were not typical for the MMO genre. Square Enix, FFXIV's developer, did a huge turnaround with the game, making sweeping changes to the development staff and overall direction of the game. But this wasn't seen as enough to salvage the game's critical server and game design flaws, and it was deemed necessary to completely re-build the game from scratch in order to regain player trust.

This is significant in the landscape of gaming history, because there has never been any precedent of a major game property, or developer effectively pulling the plug on a title and deciding to completely re-do it (many to this day wished this had been done with Star Trek Online).