Everybody seeks strength. Strength in numbers, superiority in levels, and high-quality items are all attractive for players. That said, one of the best pieces of equipment they can get in RuneScape is the ‘god’ items. The RuneScape godsword and godbow are some of the best weapons in Gielinor, with players across the land wanting to get in on the action. 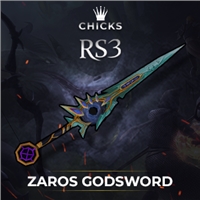 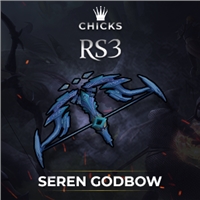 About the Second God Wars Dungeon

The Second God Wars Dungeon is found in the Kharidian Desert. Sliske, Seren, Zamorak, and Zaros followers all fight for the right to control the Anima Mundi in the dungeon. Its backstory and lore can be seen through the Tales of the God Wars mini-quest.

In it, the player has to collect memories related to the Heart of Gielinor. Afterward, they can view this memory to see how this dungeon came about. The quest isn’t a requirement to enter and participate in the Heart of Gielinor, but it does give rewards helpful in accessing it.

The memories will show a tale of vengeance and all characters end up meeting in the Heart. They all discover the pool of anima and start fighting each other for it. Their fight woke the guardian of the Heart, making it aggressive and unable to be reasoned with. It must purge all the invaders to protect the heart.

It works differently from the first GWD, having a reputation system and a node-capturing minigame. There is still a kill count for earning the chance to battle a general, and killing the four of them lets players open up the chamber for the last boss.

Due to its origins of a dungeon frozen in time, some items found there won’t be found anywhere else. Take the RuneScape Godsword and Godbow as examples. It’s going to be a hard fight, but the rewards can be worth it.

The Godswords from the first GWD is formed by forging three shards together to form a blade. Attaching a hilt from one of the four generals from the dungeon forms the sword. All four (Saradomin, Armadyl, Bandos, Zamorak) give the same bonuses but have completely different special attacks.

The weapons from the second GWD, the Zaros Godsword, Staff of Sliske, and Seren Godbow all come from Telos. Players can keep chaining the fight for the chance to earn rarer and more rewards. They can also set his enrage meter; the more he is enraged, the harder the fight.

The Zaros Godsword, despite having the same name, is not related to the other four. It is more expensive and has different ingredients and processes to make. Telos, the Warden, who is also the last boss in the second GWD drops all the necessary ingredients for it. That means the three anima orbs and the dormant form of the sword.

The Godbow is similar to the sword, with Telos dropping all the necessary items to craft it. The same goes for the staff. All these weapons degrade eventually and will have to be repaired. They are also quite expensive, as their prices on the Grand Exchange reach 1 billion gold.

For some, it could be worth it, as fighting Telos can be a serious drain on resources. Fortunately for other players, the option to buy it from online sellers is always there.

There are a few different reasons buyers decide to look for equipment and items from online sellers. One is that they don’t have to fight Telos over and over again, racking up points to get more and better rewards. They might prefer this because it saves time and resources, or because they’re simply not strong or skilled enough to do it themselves. Players would be able to get the dormant form of the weapon, but anima orbs cannot be traded so this would still require fighting Telos.

Second, they don’t have to craft the item themselves. The weapons need level 92 Crafting to build, and buyers may not have that kind of level to do so.

Third, buyers might not want to farm or grind for gold to get it. Farming gold isn’t everyone’s favorite way to pass the time, and some players would just prefer to buy the weapon online in order to get it quicker and start using it.

Players considering looking for sellers online should read up on RuneScape’s policies and rules about trading before making a decision.