Partyhats are the ultimate symbol of wealth in the game. Due to their worthlessness at the time of release, these were thrown away by a majority of players. Now, though, they’re incredibly rare pieces of history used to hold large amounts of gold. As such, a lot of buyers look to buy a Runescape Partyhat from online sellers. 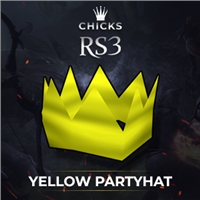 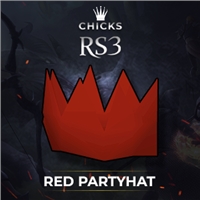 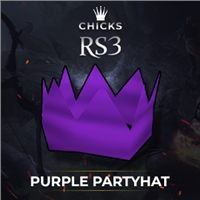 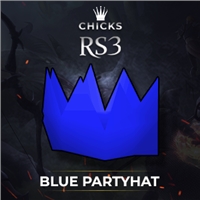 How Much Are Party Hats Worth In Runescape?

The worth of party hats continues to rise in RuneScape. At more than 2 billion RuneScape gold, it’s safe to say that not everyone can easily acquire one. Party hats were all the rage back in 2001, thanks to Jagex hosting a first-ever Christmas drop where everyone got Christmas crackers that contained party hats inside. The worth of party hats in RuneScape rose quickly when the majority of players who actually had them discarded them, eventually quit the game altogether, or just straight up got banned. This leaves the number of active players that have party hats quite low.

Why Are Party Hats So Expensive In Runescape?

Despite being a common item in OSRS, party hats are considered to be a symbol of wealth in RuneScape. RuneScape party hats are rare, discontinued items. Since they’re no longer being given out by the developers, the only way to obtain them is by trading with the few people that actually have them. This, in turn, spikes up the price and makes them worth billions of RuneScape gold!

Why Buy a Partyhat in RuneScape?

Much like in other MMORPGs, you can buy armor from other players in RuneScape to save yourself time, effort, and in-game currency needed to acquire them. However, the in-demand armors in RuneScape are mostly cosmetic ones and are popular due to reasons related to looks and in-game culture.

One of the most popular among them is the Partyhat. If you check out RuneScape forums, you can see how and why they became popular. But they are extremely rare. Partyhats are so rare, in fact, that they have reached the gold cap 2.147 billion RuneScape gold. As a result, they are often used by wealthy players as cash holders due to their high price and economic stability.

Party Hats were released as part of an event in 2001 that allowed players to collect items such as Christmas crackers and RuneScape Partyhats during the holiday season. The hats were obtained by pulling a Christmas cracker with another player and were solely for decoration purposes.

Sixteen years since their introduction, Partyhats have become one of the most valuable items in the game, and hold extremely high value. Exceeding way beyond the 2.1 billion gold limit, Party Hats are currently being used by RS players to hold more than the set 2,147,483,647 in their inventory.

Partyhats can no longer be traded on the Grand Exchange – the in-game trading feature to trade a Party Hat.

The following are the different types of Party Hats available for purchase: