League of Legends Riot Points is the premium currency of the well-loved MOBA game. Through the use of Riot Points or RP for short, players can purchase skins for their favorite champions and even chromas if they want to shake things up. Emotes and Little Legends for Teamfight Tactics can also be purchased using RP. 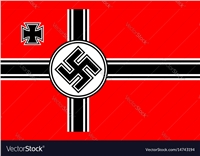 When it comes to getting Riot Points, they come in a form of a code that buyers can redeem on the League of Legends client itself. When the buyer has the code from the seller, it is important to redeem it in the client as soon as possible. Codes for Riot Points (RP) can expire after a certain duration, so it is important to verify if the codes are indeed working.

Wait, What are Riot Points (RP)?

Riot Points are one of the primary currencies that are used to unlock League of Legends content along with Blue Essence. Riot Points can only be purchased with real money and can only be used in the Riot Store. Using RP in order to purchase items in the store will not directly affect a player's gameplay.

What to Buy with Riot Points?

Skins are perhaps one of the most notable items to buy using RP; League of Legends has hundreds of skins in their store, all ready for the taking. These skins give awesome animation particles and special recalls that cater to the theme of their skin.

Wards skins are a type of cosmetic that alters the appearance of all stealth wards, totem wards, control wards, farsight wards, and zombie wards placed by a summoner. They re-skin the default ward/trinket to look like something new and they sometimes even come with a special sound effect when a summoner places a ward on the map.