Elden Ring’s progression mechanic is tied to Runes. Much like Souls or Blood Echoes from the broader Bloodborne series, Runes are a currency spent to increase player attributes. Unfortunately, the amount required to level up scales exponentially as the game goes on. It’s a good thing that players can buy Elden Ring Runes from a trusted seller to boost their Vigor and stop getting OHK’d by Malenia. 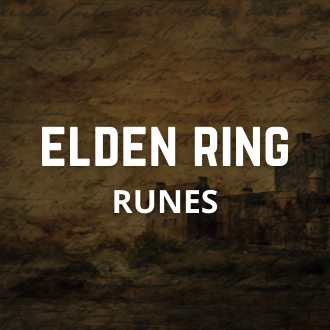 Elden Ring is From Software’s game, and Runes are its version of currency, used to level player attributes, purchase items from merchants, claim boss remembrances and upgrade Ashes of War, Weapons, and Armor. Like previous games in the Soulsborne series, Runes are lost on death, and players are forced to return to the location of their body to recover their Runes – die again, and the Runes are lost forever. This mechanic makes exploration rewarding and singularly terrifying; pushing just a little bit too far might mean a significant setback for your character.

What to Spend Elden Ring Runes On?

Runes in Elden Ring are used for a little bit of everything, but their primary purpose is to level your character by putting points into one of eight stats. Depending on your build, these vary in importance and effect, but each point in any stat passively raises your character defense, meaning points are (theoretically) never wasted. However, this doesn’t mean there aren’t better or worse ways for buyers to spend their runes. If a player is looking to buy Elden Ring Runes, here are the two stats that should be invested in regardless of build. To put it simply, you can think of Runes as a combination of experience points and Elden Ring Gold, with the caveat that it can be lost on death.

To put it plainly, Elden Ring Runes are challenging to get. While late game farming routes can offer a million an hour, before Crumbling Farum Azula, players won’t have many options to consistently farm a high number of Runes. There is that dragon in Caelid that will give a one-time 75k boost, but past level 150, it costs 100k to level a single attribute.

If players are stuck on Malenia, or Margit, or Godrick, or Rennala, or heck, even one of those lobsters in Liurnia, players can always choose to buy Runes from a trusted seller, giving their characters an immediate power boost, letting them get past nigh-insurmountable obstacles without learning boss move sets for three days of playtime.

Awesome seller walked me through everything

Read more
PlayerAuctions is an independent player-to-player marketplace for buying and selling virtual video game property. PlayerAuctions is NOT endorsed by, directly affiliated with, maintained, authorized, or sponsored by Elden Ring or its trademark owner.
Select server and Faction
We use cookies and similar technologies on this website. This improves the browsing experience for you and enables us to tailor better products and services to you. Cookies are stored locally on your computer or mobile device. To accept cookies either click "Accept Cookies", or continue to browse as normal. Cookie Policy