Albion Online gives you more freedom than most MMOs, as it’s a sandbox game rather than theme park-esque ones like World of Warcraft and Final Fantasy XIV. If you don’t have the time and energy to start from the ground up, you can buy an Albion Online account from sellers instead. 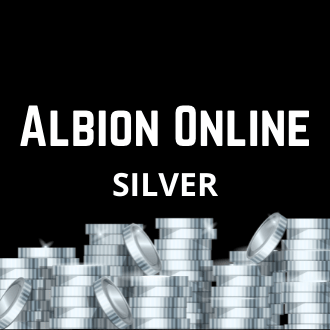 The best way to describe Albion is to mention the things that make it unique. First, it’s the first completely truly cross-platform game in the genre. That means Windows, Android, iOS, and even Linux. The second is that it’s a sandbox MMORPG. Rather than give players a fixed class that is inherent to the character, the character’s abilities are tied to their equipment, as well as the Destiny Board.

The Destiny Board is one of the more complex elements of the game, as it replaces the traditional leveling system. Rather than gain EXP which will then translate into a numerical level, players will be unlocking the nodes of the Destiny Board, which is done by completing certain tasks. Unlocking a node grants specific bonuses.

There are multiple paths on the Destiny Node, each of which corresponds to a particular body of endeavor in the game. The primary one is the Adventurer Path, whose higher tiers are automatically unlocked simply by playing. The other paths, however, such as Combat and Crafting, will require players to do specific tasks to unlock nodes and get the bonuses that correspond with them.

Other than freedom in character progression, Albion Online also offers much freedom in exploration. Adventurers can go anywhere, anytime, provided that they have the means to do so and face the dangers on the way and in these places.

Finally, with the game being an MMORPG, it has much focus on player-driven content and aspects. The biggest of this is the game’s economy. Through crafting and trade, players drive this important aspect of the game. Not everyone will get to shape the economy, but all players are affected by it, especially those reliant on trade.

Another is the PVP, which is a huge part of the game. Some would even say that it’s the point of it. Aside from the regular PVP where players simply compete on who’s the best, players can also engage in conquering territories. These important areas, which grant important materials, are conquered by guilds.

Guilds, on the other hand, are more than just groups that conquer territories. While most guilds are geared for that content, some help each other out in other things such as crafting and trade. Some are even chill guilds that are only about adventuring and hanging out.

The biggest reason for players to buy an Albion Account is to cut the much grind needed in the game, which takes much time, effort, and attention. With so many hours needed to be competitive whether, in combat and crafting, it’s understandable for them to wish to skip all the grind and just get in on what they want to do. This is true not just for those that just want to get in on the crafting and trading, but more so for those that no longer want the tediousness of leveling skills and go straight to PvP. On the other hand, some players want to buy Albion accounts that are in the special editions of the game, as they typically come with many perks that cannot be found in-game.

There are all sorts of accounts players can buy, and their choice on which can depend on wants and needs. First is the Albion veteran account, which has high levels of crafting and gathering. Aside from players buying one for personal use, some would buy one for their guild to improve their collective strength.

There is also the Albion Legendary Founder account, which is a limited-edition account. There is no other way to get it and its add-on bonuses without purchasing one. Last but not least is a smurf account, which you can use if you want a fresh start.

What is the Usual Price of an Albion Online Account

Many elements affect the price of an Albion Account. The first is the character’s or characters’ progression in the Destiny Board. , amount of in-game gold, and quantity and kind of rare items especially best-in-slot gear. The worth of these items in real-life currency directly adds up to the account’s price, so the higher the gold or the better the items are in the account As for the Albion Legendary Founder account, its add-on bonuses further add to the price.

Buyers need to know that while sellers are advised to put reasonable prices on their offers, they have the freedom to put any price on them as well. It’s then up to the buyer to weigh whether the offer is worth the money.

Great service as always thank you!

What Gold is Used For? – As Well As Silver

In Albion, gold is the premium currency that allows you to buy Premium, which helps you level up faster and grants you access to other QOL features. It’s also used to buy other cosmetic items. Silver, on the other hand, is used to buy consumables and gear.

Making Silver in Albion Online is something that doesn’t necessarily have a single method that you can rely on. There are various ways to earn, such as:

Almost the same thing applies in gold, except for the fact that it cannot be farmed and instead has to be bought either from official channels or indirectly through other players.