There are lots of items in Albion Online: Consumables, Gear, Products, Mounts, Magic Items and even Furniture. There are many ways to get these items, but sometimes gamers do not have enough time. These gamers might decide to buy Albion Online items online. 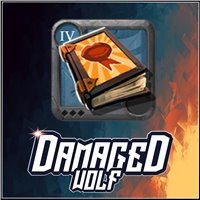 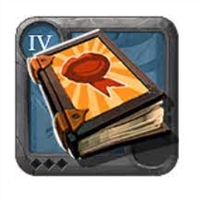 Much like other MMORPGs, there are various kinds of items in Albion Online. There are consumables, which are single-use items that produce a particular effect. There are four types of them: potions, for healing, energy replenishment, and temporarily increased stats, tomes for increasing fame, foods for a wide variety of buffs, and bags of silver, which give out the namesake currency upon use. As for equipment, they make up a rather big part of the game. This is because instead of classes, equipment is what determines a character’s role. For example, having a melee weapon and plate armor makes the character more of a frontline fighter and even a tank. On the other hand, leather armor increases attack speed, while cloth increases the damage and healing magic potency. Overall, how weapons and armor define a character’s playstyle and role is pretty much standard RPG fare, so it’s easy to tell which gear to go with. Other than defining playstyles, players can also decide what passive skills a particular piece of equipment will have. Weapons, on the other hand, are more straightforward. They determine what attack a character does.

Then there are crafting materials. As the name suggests, they are used as items to One of the core features of Albion Online is the crafting of Albion Online Items. There is a wide variety of items players can craft. It should go without saying that equipment is the most popular among them. Many of them are even as good as those obtained from PVE content; some of them are even better. Other than equipment, players can also craft items such as potions, furniture, tools, and accessories.

As for farming, this particular endeavor takes on a more literal sense in Albion Online. Aside from the ironically more traditional definition field-wise, players will be raising crops, which will then be used for crafting potions and other items. Also related to farming is the raising of mounts, which can then be used by players themselves or be sold for a profit. While the most common and most practical are horses, players can also raise more exotic mounts such as giant stags, giant eagles, and even fantastical ones like the basilisk.

Engaging in these, procuring items can easily become tedious. While the alternative is to buy these items with Albion Silver, many of these items, especially competitive ones, have a rather high value. In turn, the sheer price of these items warrants much Albion Online silver farming, which can be just as much of an inconvenience as farming. For players that are also students or workers with little time, wasting time in any of these methods can seem like a chore. Fortunately, players can buy Albion Online items at fair prices from sellers. This way, they can concentrate on creations instead of endless gathering, farming, and crafting.

The Convenience and Price of Albion Online Items trading

Albion Online Items and resources can be gathered or crafted for free in-game. This however takes up a lot of time. So for those that feel like they are wasting time doing this, they can buy Albion Online Items so that they can jump straight into whatever endgame content they like without hassle.

While sellers can put any price on their offers, buyers need to know that items come with an actual value that is agreed upon by the community. They need to know this to determine if a particular offer is worth the money. This value is usually dictated by the rarity and relevance of the item.

What sets sandbox games apart from other games is that they provide a level of freedom other games don't. With these kinds of games, people can do anything, go anywhere in the game world, and be anyone players choose to be. A good example of this particular type of game would be Albion Online, a buy-to-play multi-platform sandbox game created by Sandbox Interactive. Fight monsters, take control of territories, and ride Albion Online mounts: it's a free world.

Albion Online is a sandbox MMO on many different levels, with the first being character customization and development. Players are not made to make choices that will permanently define a character; instead, the system lets the players come up with their own approaches to combat, trading, and crafting with the Destiny Board, a skill tree-like learning system that is not limited by any class. And because there is no class to restrict players from certain items, they can equip whatever weapon and armor they choose according to how they wish to engage in battle, and engage in different activities that help them earn money.

The importance of a highly liberal character customization and development, especially in their combat abilities, is one of the game's high points. First off would be those that require battle abilities in order to be taken on; fitting, as the world of Albion is home to all kinds of dangers. There is the deep and highly diverse PVE content, which is one of the many ways that players can gain the required materials in order to either create powerful weapons and armor for PvP and GvG, or to find rare and highly sought-after items. The PVP content is exciting, as anyone can engage anyone else, anywhere, so players have to be strong and always on the lookout for any co-player threats that abound in the game. Meanwhile, The GvG, aka guild versus guild, are wide-scale battles between two sides, and whoever wins them will have the chance to not only expand their territory, but also tap much-coveted resources – both of which are important if players and their companions are to truly dominate the game.

Aside from fighting, there is a lot of other content players can spend their time on, especially those who would like to gather gold, resources, materials, and even Albion Online mounts and Albion furniture. A good example would be farming, which provides food for the guild so that they can sustain the members. Players can also gather materials that are rare and are important in crafting, which, like mentioned before, yield equipment that will give players, their customers, and their allies even better chances in combat. On the other hand, for those that would like to do a bit – or a lot – of traveling, they can also haul their goods across the world in order to earn a living. And last but definitely not least, dabble in trading.

It isn't a secret that Albion Online has a lot of items, especially rare ones, which require a lot of time in order to be obtained. Thankfully, they can be bought; a good example of this is Albion Online mounts. And by both meaning in-game gold and real-life money. Yes, there are sites and players that sell Albion Online mounts, as well as many other Albion items. This is an interesting alternative that's recommended to buyers that are looking for certain items in the game but either have a hard time getting or purchasing it with gold.