It takes a great deal of skill to make your mark in a massively online RPG as popular and as competitive as Aion: The Tower of Eternity. Some buy Aion weapons, plumes, items, and essentials, however, to try and make short of any challenge. Experimenting to find the right weaponry is the key to success in Aion Online US. 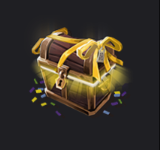 Why do Gamers Want to Buy Cheap Aion Weapons, Plumes and Items?

There are a number of reasons why players want to buy items for Aion online. One of which is that they might not have the time, patience, or skill to farm or earn those items themselves in the actual game. Another reason gamers might buy items is because they might be too rare to find in game, making them easier to find in player to player marketplaces. These players also generally like to try and get the items for as cheap as they can so will often look through all offers they can find on a given site to find the best deal.

Items That People Want to Buy in Aion Online

People never run out of items to look for in Aion Online. After all, there are tons of items to be had that are useful. Rare items are also a part of that, most of the time those are just showpieces that players equip just for the sake of making other people around them green with envy. Here are some of items that people generally are always on the lookout for to buy, minus the fuss and frills:

Items that can either be bound to you are actually some of the best items in the game. Bind on Equip or Bind on Pickup items are harder to trade than other items, even in the market. The reason being is that most of the time, players have already used these items for themselves, thereby making it impossible to sell since the items are now bound to their character. But fear not, Bind on Equip items are easier to find since you have to actually equip them to your character compared to Bind on Pickup items that will automatically be bound to that character once picked up from the ground.

Having a mount can be a lifesaver in Aion Online. Merely traversing through the plains in this vast game can take a toll, so investing in a good mount is a huge help in terms of time and energy. In addition to a mount, also having some sort of bag or loot pet can make things easier as well. As a character levels up, it will need more items for maintenance such as consumables, different types of weapons, and more. Having a bag or a loot pet that can be used to organize all the stuff inside the inventory helps players prevent from having to discard useful items out of not having that much space.

The Ins and Outs of Item Rarity

Rarity is often used by other games besides Aion Online to classify items. Most of the time, the more difficult to obtain the item, the higher its rarity is and thus its overall value in the market. In Aion Online, the rarity of the items can be seen through its color-coded description. Here’s a short overview of the different types of item rarity in Aion Online:

Sell Your Products
About Aion Items

What Are Aion Plumes?

Aion plumes are one of the rarest and most sought after Aion items in the game. Items can make a huge difference on how strong DPS is, how tough someone is, or how powerful their healing is. However, not only is it rare to find fantastic plumes, players have to go through all sorts of hell and back just to obtain them. From dungeon and raid bosses to overworld grinding, Aion plumes can be a pain to gain.

The emergence of Plumes started with the Aion: Steel Cavalry patch which is famously known as “Aion 4.5”. The patch introduced a lot of free content and additions to the classes, campaigns, crafting recipes, weapons, and armor. Plumes are accessories that can be worn by characters, but they’re not just any type of accessory--it has the ability to give additional stats that are, say, enough to make one become overpowered. There are many types of Plume that can be collected in the game, each giving a specific boost in certain aspects such as Critical Strike, Physical Attack, Magic Damage, and more.

If purchased from the auction house they can be expensive. In many cases, buyers would rather opt to purchase Aion items in player-to-player marketplaces because it is simply too difficult to farm the currency within this game for them. There is a possibility of being able to snag a good deal or two of these elusive Plumes; but don’t forget, there's many people out looking for it. Since Aion Online is riddled with hundreds if not thousands of players that are looking for the same thing, getting Plumes for dirt cheap is an extremely rare occurrence. The demand for Plume can often be seen as downright absurd to the lens of a casual player, but the additional bonuses and effects are just too good to pass up for a player that has been active in Aion Online for years.

Why Aion Online is Still Relevant

Aion is one of the most popular MMOs in the industry that has incredible, high-speed combat, high class advancement, oodles of content, and, flying! Soar through the skies of Aion as you fight the forces of evil with your friends. It’s one of the first MMOs that focus on air combat, adding a depth of complexity in the standard MMO battle formula. Released in 2009, Aion has maintained a commanding presence in the industry, especially with its 3.5 million subscriber base in Asia. Certainly, this 8-year-old game is pressing through and there are no signs of it stopping. With a total of 5 expansion/major updates, you can’t ever accuse Aion of having a lack of content. To this day, people farm for Aion plume, Aion weapons, and other Aion items non-stop as the game’s market goes, along with farming. Servers, whether in North America, Europe, or Asia, are full of players during primetime, and many stick around after-hours. If you’re looking for the perfect, high-speed game with an emphasis on aerial combat, Aion might be a good fit.

Read more
PlayerAuctions is an independent player-to-player marketplace for buying and selling virtual video game property. PlayerAuctions is NOT endorsed by, directly affiliated with, maintained, authorized, or sponsored by Aion Online or its trademark owner.
Select server and Faction
We use cookies and similar technologies on this website. This improves the browsing experience for you and enables us to tailor better products and services to you. Cookies are stored locally on your computer or mobile device. To accept cookies either click "Accept Cookies", or continue to browse as normal. Cookie Policy