Tired of not getting the items & weapons that you want? Why not buy Phantasy Online 2 Meseta from one of our trusted sellers here at PlayerAuctions? This way, you can get as much currency as you need to buy all the items and weapons you need. Say goodbye to grinding and say hello to your shiny new weapons! 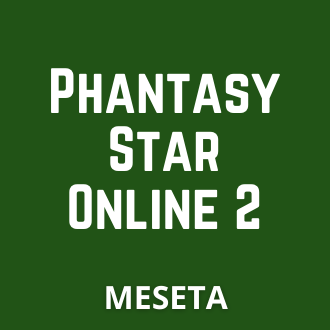 How Do I Buy PSO2 Meseta?

To purchase the type of Phantasy Star Online 2 Meseta that you want, simply follow these steps:

Trying to stock up on currency in Phantasy Star Online 2 can be a challenge, especially if you have two characters or more in active use. It’s understandable that you’d resort to buying PSO2 currency with real money if you don’t want to take too long to get a certain amount of it. There are three types of currency in Phantasy Star Online 2 that you should familiarize yourself with: Meseta, Arcs Cash, and FUN. Knowing more about these three currencies will not only help you know which items or weapons to buy with each currency, but to also prevent you from not making any hasty decisions when buying them.

Meseta is the most important currency in not only in PSO2, but for the previous title as well. This universal currency is what’s commonly used in most of the Phantasy Star games. Be it for weapons or mags, Meseta is what you’ll need in terms of currency. You can store Meseta in the bank and hold up to 9,999,999 Meseta in your pocket. This type of currency can be obtained by slaying monsters, completing quests, and opening containers that are scattered around the world. All in all, Meseta is the currency that makes the world of Phantasy Star Online 2 go round and its importance is undeniable.

What is Arcs Cash?

Arcs Cash is Phantasy Star Online 2’s premium currency. In other words, it’s the currency you need to spend real money to acquire. Getting Arcs Cash has some perks to it, but ultimately, it doesn’t give any advantages to the player. Arcs Cash is commonly used to get access to additional customization features for your character. If you’re not satisfied with how your character is looking, then getting Arcs Cash should remedy that pretty quickly. It can also be used to create and maintain more than one character slot. This is important because, in Phantasy Star Online 2, you can have a maximum of three characters that you can swap with ease it. Besides that, Sega has been doing a great job of trying to implement Arcs Cash without hindering players that don’t use them.

FUN is like a point system type of currency that you get just by simply playing the game. By logging in, you automatically get FUN points! You can also collect them if you have a friend that uses your character as an AI support in one of their quests. Another clever move that Sega did to motivate players to collect FUN points is that you can also acquire them by spending Arcs Cash, the premium currency that we just talked about. Complimenting or encouraging other players by liking their social networks in the game can also net you some FUN points. FUN points can be used to purchase unique items such as music that you can play in your My Room (it’s basically your in-game house). Hair accessories such as different hairstyles, pins, and all sorts of knick-knacks can also be purchased with FUN points if you want to make your character more personalized.