The Most Expensive Item in OSRS

OSRS has a massive trading aspect to it, and for many, it is one of the game's main draws. This raises the questions

Some items also have certain drop rates that you will have to adhere to if you want to get them without paying. Others require combining two things to gain another. The good news is that each item found on the list can be obtained without paying for them. With that in mind, here are the five most expensive equipment in OSRS and how you can get a hold of them to add to your inventory.

What are the Most Expensive Items Sold on the Grand Exchange?

According to the laws of economics, things are expensive when there's a demand for them, but there's little supply. That applies to OSRS, too, as these items are among the rarest in the game. They're tough to get and are helpful to boot. It's no wonder why they're on this list.

The top 5 OSRS most expensive items are as follows:

How can you obtain the Most Expensive Items in OSRS?

If you are looking for ways to obtain the OSRS most expensive items, then there are methods in which you don't have to spend millions of gold to do so.

Starting with any 3rd Age stuff, they're items that can be possibly obtained for free without spending over 500M GP to get it. If you are lucky, any of them is a possible reward from elite and master Treasure Trails. That said, the 3rd Age equipment is part of an infrequent item drop table.

You can increase the chances of getting them by fighting the Mimic from clue scrolls. However, that also gives the possibility of not receiving anything. There are only five chances of defeating a Mimic (six if from a Master Clue Scroll). Each one corresponds to an item roll for the rewards. Use up all those chances, and you get nothing.

The 3rd Age Pickaxe requires 65 Attack and 61 Mining to wield. It's pretty much a Dragon Pickaxe, sharing the same mining speed and special attack, even if the 3rd Age one has higher requirements. The robe top and bottoms have the highest Prayer bonuses among items of their type. As for the cloak, its rarity is enough to give it a high value. Also, it would complete the whole 3rd Age Druidic outfit.

Then, there is the Twisted Bow, which is the most expensive bow in the game. Understandably, it is the strongest one that you can possibly get in OSRS, hence its high price. What makes the bow so powerful is that it doesn't work like typical bows. Rather than having a set damage output, it scales to the enemy that you are using it against. The stronger the enemy you are facing, the more damage it can dish out. This goes up to 89 damage using Dragon arrows, plus you'll need level 99 Ranged skill to deal that kind of damage.

You can avoid paying the eye-watering price for the Twisted Bow by completing the Chambers of Xeric, though there is only a 2.38% chance of it being dropped. This, of course, is such a low percentage, which unfortunately comes with the territory of such a rare item. As you will have seen by now, it is a bow that will definitely be worth your time adding to your arsenal, especially when it comes to taking on enemies with a high magic level, such as Commander Zilyana.

As prices change over time, others may replace these five a few months or a year from now. Also, there's bound to be a new expensive item that will come out and take the top spot. Here are the past equipment pieces that once held a position in the top 5 most expensive items on OSRS.

Surprisingly, even as its price fluctuated, the Twisted Bow has kept its place in the top 5. It once stayed at the top spot for an extended period because of the Chambers of Xeric's difficulty. Plus, it has a slight chance of dropping and is a powerful bow. Now that players understand the dungeon more, it has a lower price than before but is still an exceptional and rare weapon.

Check back regularly to see if anything's changed!

The items on this list are the most expensive that you will find within OSRS and can be pretty challenging to obtain without the right know-how. However, you should now know how you can add each of the five items to your inventory without having to pay the obscene amounts of gold you are required to pay to get them. Rare drops and items are the order of the day, but they aren't impossible to find without paying valuable GP.

Well, you'll wrangle with luck and the RNG instead. You're going to be farming away for billions of OSRS gold or repeating clue scrolls (or the Chambers of Xeric) to get these items. It's going to be a grind either way, and it's up to you to choose how to obtain these items. 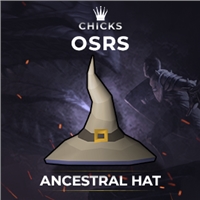 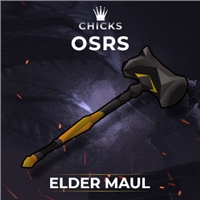 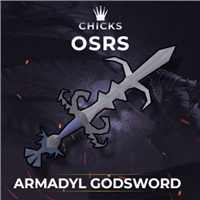 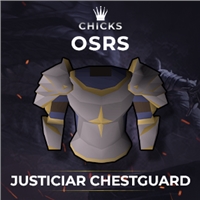