Units are the lifeblood of every player in No Man’s Sky. This is because they are used to purchase a variety of items in this exploration game, including starships, freighters, and much more. With the number of planets being almost limitless in No Man’s Sky, players are going to need as much of it as they can get. 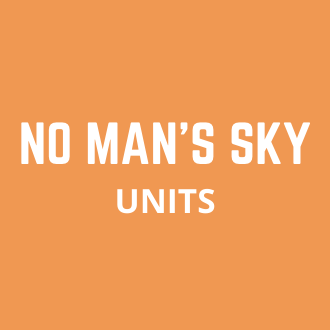 No Man's Sky is one of the most hyped sandbox games of 2016 for PC. Developed by indie company, Hello Games, No Man's Sky boasts an infinite number of hours just exploring the near-endless planets found in the massive universe of the game. With literally trillions of planets to explore, secure, mine, and map, there is virtually no end to the game of No Man's Sky.

To be specific, there are 18 quintillion planets in No Man's Sky that are just waiting to be explored. The very concept of the game is for players to be able to map out as much as they can, fight off hostile primitive life on planets, survive the various climates and harsh temperatures of said planets, and trade with various NPCs they may come across in order to make tons of No Man's Sky units.

To be able to explore the universe further, players have to ensure that they're able to farm for No Man's Sky currency in order to be able to upgrade their primary protection, the exosuit, and be able to afford bigger, better, and faster ships. One way players can do this is by submitting information about the planets they explore to The Atlas. Each upload of information will grant them No Man's Sky units, blueprints, materials, and a whole slew of other stuff to continue on their epic exploration.

But players can't just go all willy-nilly through the planets; there are some rules that must be followed and breaking them has consequences. One notable example is that killing too many lifeforms or taking too many resources from a planet will draw the attention of robots that roam around the universe, seemingly put in place to keep the planets in balance.

But, again, everything is going to be way harder if players don't have access to tons of No Man's Sky units. They certainly won't be able to level their exosuits and buy ships as fast, making it much more difficult to find the center of the universe. What's the fastest way to do this? Buy No Man's Sky units, or have them farmed for you! Fortunately, there's an amazing place just for that!

The second time I buy, very helpful and gave plenty of extra stuff to help! :)

Great experience! Fast and very nice! I will definitely use his service again!

Sell Your Products
About No Mans Sky Units

Units are a form of currency that is used in No Man’s Sky to purchase resources such as starships, elements, multi-tools, technology, and Exosuits. These resources serve as an integral part of the game; players can’t survive without them. As such, there’s a constant demand for more Units.

There are multiple ways of earning the currency such as by uploading one’s discoveries to the Atlas or trading resources, but as expected with games that have a universe’s worth of content to explore, players always need more, whether it is for exploration or crafting purposes. As such, some gamers opt to purchase Units from third-party marketplaces that specialize as a platform for trading in-game assets. Money is tight in No Man’s Sky. Players always have that new Exosuit expansion to pay for or ship to buy. Of course, one can never forget about the pets that they must feed either. The point is, if a player wants to do well in No Man’s Sky, then they’re going to need a lot of resources.

Three Forms of Currency in No Man’s Sky

While Units can be considered the main currency in No Man’s Sky, there are three types of currency available in the game besides Units. There’s also Quicksilver and Nanites.

Units are the most common since it’s the currency that’s used the most. It is often regarded as the most important currency.

The Quicksilver currency, on the other hand, can only be spent on the Quicksilver Synthesis Companion which is in the Space Anomaly.

Then there are the Nanites which are also called the Nanite Cluster. This alternative currency can be used to purchase blueprints from Upgrade Module and Blueprint Traders. They can also be used to upgrade multi-tools and starships to a higher class. As a result, they’re highly valuable to specialist traders.