Taking on the space carnage with EVE PLEX is what players often dream of in EVE Online. Having access to a chunk of EVE Online Ships is also beneficial when it comes to grinding it out through the madness. With the right inventory, players become a shining light of hope amidst the darkside of the galaxy. 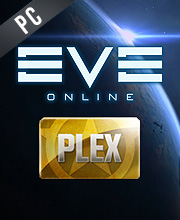 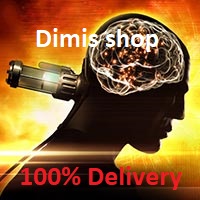 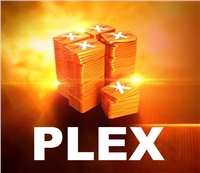 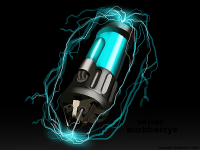 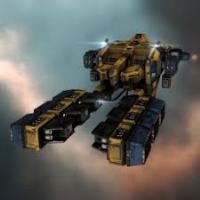 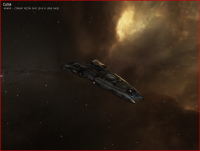 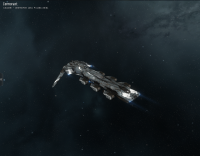 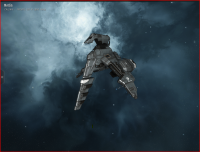 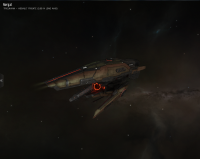 Mistaking the silence and serenity of space for peace can lead to a player's ultimate demise! New Eden is rife with dangers from pirates to dangerous drones to cutthroat players. Why risk losing all of the Isk and hard work to these dangers? There's nothing wrong if a player wants to get EVE Online ships to protect themselves. It is a harsh world out there, after all. Getting into a game like EVE Online takes a lot of patience. There's a lot about its mechanics that players have to wrap their head around.

Where to Get EVE Online Items

While participating in space battles is what EVE Online is all about, it's important to trade in items as well. Lots of times, players simply hoard the loot that they're getting after a grueling battle. What they don't know, however, is that they can use those to trade with the actual items that they need in the Market. In the Market, players can find the Trading Centre where they can deal with other players. They'll have to do a bit of travelling for it though. On the other hand, the Market is the perfect place to buy essentials such as blueprints. However, the Market doesn't necessarily carry all of the items that players will need, which is why some turn to player-to-player marketplaces.

Safe delivery as advertised. Outstanding communications. Easy to work with.

Sell Your Products
About EVE Items

EVE Online is nothing short of a massive success in the MMO gaming world. It was released by a little known Icelandic game developer (Crowd Control Productions, or CCP) back in 2003 to very little fanfare and to just a handful of dedicated players (around 30,000). It has since been a game that showcased how a focus on player demands can actually benefit sales in a game, as well as building the lore and universe entirely around a background of development-initiated content, but then forwarded by emergent, unscripted, player-driven narrative. It is, as classified by the gaming industry, a Sandbox MMO.

Morphing into a AAA Title

EVE is one of those games that are under the radar for most people, or at least that WAS the case previously, because now major media outlets, which showcases the massive in-game wars that players generate, cover EVE constantly. It was an unexpected success, being the only game that developed into an AAA title, and one that has experienced consistent growth over the several years it has been running. A space-simulator sandbox isn't exactly a common foray for game developers.

With its limitless exploration of thousands of galaxies, wormholes, and the grand darkness of space, players will be treated to and endless supply of gameplay, provided that gamer themselves are motivated and creative enough to develop their own character stories and player events that involve mining, trading, faction-based combat, and even piracy. Customize hundreds of ships with near-unlimited options for parts that specialize in combat, trading, or exploration, and with combat akin to real-time RPGs crossed with a bit of rock-paper-scissors, the action of the game, while slower than others, is extremely cerebral and requires a lot of tactical planning, ship knowledge, and a whole lot of patience. So much patience is required, that it is often noted that EVE has probably the steepest learning curve of any MMO currently on the market, being mocked as simply “spreadsheets in space”. EVE Online's combat is one of the most rewarding experiences gamers will ever encounter in an MMO.

But perhaps the biggest draw to EVE isn't the game itself but the idea of how the game is driven by the players. Scamming is seen as a legitimate activity within the game by developers, so long as no one truly gets ripped off in real life. This is because, as a sandbox, anything goes in EVE Online and the only thing that will limit a gamer's playthrough is their imagination and determination. From time to time, stories of intrigue, political machinations, backstabbing, and infiltration surface on the web and we learn about how folks truly play the game. No, this is not like following a storyline quest of any sort - far from it.

Real people with real intentions someday evolve into meaningful interactions. A prime example of this idea is in the Guiding Hand Social Club heist of 2005, where a mercenary outfit pulled a fantastic Ocean's 11 over a powerful corporation player alliance. There's also one about the Trillion Isk Ponzi scheme in the form of the infamous Phaser Inc. investment scheme. EVE is literally the best game for social interaction of the highest level that reflects real lives. This method of gaming has coined an all-new concept in the world of online gaming, called “meta-gaming”. This is the main reason as to why tons of people play EVE, and while one can focus on undocking their ships, they instead role-play through the massive possibilities of running player alliances, acting as organization diplomats, or even running in-game events.

Read more
PlayerAuctions is an independent player-to-player marketplace for buying and selling virtual video game property. PlayerAuctions is NOT endorsed by, directly affiliated with, maintained, authorized, or sponsored by EVE Online or its trademark owner.
Select server and Faction
We use cookies and similar technologies on this website. This improves the browsing experience for you and enables us to tailor better products and services to you. Cookies are stored locally on your computer or mobile device. To accept cookies either click "Accept Cookies", or continue to browse as normal. Cookie Policy