Grinding EVE ISK is always time-consuming and rarely enjoyable, which is why manyplayers choose to buy ISK directly from other players at PlayerAuctions. Here,all ISK sellers are verified, and you are guaranteed safe and in-time deliveryor your money back.

EVE Online has a very steep learning curve. You could waste a lot of time and effort and not make much progress. Why waste all that time when there's a quick and easy way to success? Here at PlayerAuctions you can save time by buying EVE Isk. Get the capital you need to start a corporation or buy a powerful ship. You can buy EVE Online Isk from our EVE Market at the lowest prices online! Live a luxurious life in New Eden now! 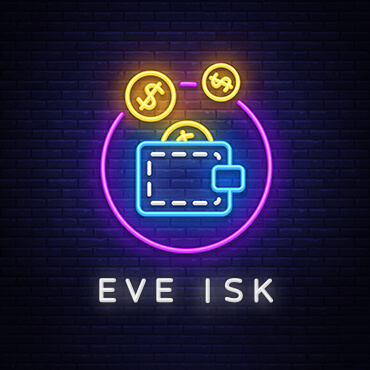 While pilots can get EVE Isk for free in the game, it often takes a very long time; regardless if you farm it or earn it through the market. When you buy Isk however, you save time. Time that can be used on other fun activities. Instead of boring grinding, you can buy your favorite ship and explore New Eden.

Already have a lot Isk, but low in real cash? PlayerAuctions can help you there. Sell it in our player to player marketplace! You can set your own prices and reap all the profit! With 1 million members there will always be players looking to buy Isk from our EVE Online Store. We'll help you turn your digital riches into real money!

Transacting with other players through the PlayerAuctions marketplace is safe and secure. Thanks to our PlayerGuardian Trading Protections, we ensure that all EVE Online Isk offers are genuine and that each purchase has been delivered before disbursement is issued.

There are so many reasons why trading at PlayerAuctions makes perfect sense. We offer the best prices for and provide our friendly community with multiple payment options and 24 x 7 Customer Support. We have been keeping our members and their trades safe since 1999 and are a BCA accredited company.

If you have questions, concerns or suggestions for our EVE Online Store, please do not hesitate to contact us. You can reach us through our 24x7 Customer Support, email, or fax. Happy trading!

minor time delay but was under twenty-four hours seller over compensated Ty!

very safe trade, will continue to use if prices stay/drop

Sell Your Products
About EVE ISK

EVE Online, developed by CCP games, is a player-driven, open world sandbox that focuses much more on the interaction between players and the events that occur around them. Featuring a space setting, players take flight on stylized and customized ships, combating other players as they search the galaxy for resources, allies, and, I kid you not, drama.

EVE Online is one of those games that isn't too popular in the mainstream due to its intrinsically different MMO meta. As most folks know, combat is always the highlight and priority of most MMO gamers, so EVE Online falls short for most people due to its slow speed. However, what most people don't realize is that the combat is the most cerebral that anyone will ever experience in videogame format. Combined with drop-dead gorgeous graphics, ship combat in EVE is like playing a game of Chess mixed with some Battleship, Pokemon, and a good ol' active time battle-based RPG. Spacing control, movement precision, patience, knowledge of the game's current spread of ships, and strategic offensives are all part of what makes EVE's combat a cathartic experience.

The Frontier Spirit is key to succeeding in EVE online as the game requires you to explore the endless depths of space through more than 5000 massive star systems and 2500 randomly accessible wormhole systems that can take you anywhere at any time and reveal tons of secrets and experiences. Mining, Manufacturing, and Trading play big parts in the player-driven, free market economy of the game and works hand in hand with the significance of exploration. Just like in real life, the corporations (guilds) you join get stronger when they have better traders and combatants in their hierarchy as they are able to gain more EVE Isk to purchase powerful ship upgrades and influence over the rest of the game world of EVE Online.

This instantly implies that, the more EVE Isk you have, the more power and influence you have. There is no “farming” for EVE Isk but, as stated earlier, players must learn how the market works if they want to earn any currency at all. Some may also opt to turn to piracy, attacking unsuspecting trade ships, both player and NPC, in forlorn trade routes, mainstream routes, and even in high-security areas for their bountiful stash of valuables. You can be the suave businessman, the nasty pirate, the money-loyal mercenary, the business innovator, or the wandering soul mining and bartering at the lowest level; it doesn't matter what you want to be because EVE Online is pretty much a free-for-all for how you want the game to be played.

Considering the age of the game, it can be quite daunting for a new player to penetrate the already well-established status quo of EVE at present. Even a returning player will find it difficult to get back into the groove because EVE is, ironically, fast paced in the realm of economy and influence.

Not only that, but EVE has a subscription system similar to many other MMOs like Final Fantasy XIV and SWTOR. It becomes even more daunting to keep playing when there's a $15 dollar a month overhead that you have to take into account. Fortunately, with EVEPlex, an item in-game that allows players to have 30 days of subscription time, can be bought for EVE Isk in-game. To buy EVE Plex with EVE Isk is cheaper than buying the subscription outright from the official website. So you can opt to buy Isk to purchase Plex in-game and have way more currency left over for other things in the game. It's just a no-brainer if you want to be smart about your money.

So, without a doubt, the best advantage you can have is if you purchase EVE Isk from a third party site to get a head start on your galaxy-wide conquest. But just like in the game, it's very easy to get scammed and stolen from when perusing sites such as these. Luckily for you, there's PlayerAuctions.


EVE Ships, Plex and Isk are up for Grabs!

PlayerAuctions is, much like EVE Online, a player-driven community with a free market for trading game currency, items, and even cd keys. Isk and Plex aren't the only things you can get from PlayerAuctions but a whole lot of other stuff in EVE that can give you a distinct advantage over the competition like EVE ships, parts, and even high-level accounts!

To make a purchase on PlayerAuctions, simply search for the game in the Alphabetical Listing at the top of the homepage. You'll then be taken to a page with tabs of categories that you can choose from like Isk, Accounts, Items, etc. Pick and choose who you want to buy from with our long list of reliable sellers that ensures quality and speed over anything else. You will definitely get the most bang for your buck with our sellers.

Though our sellers do not directly work for PlayerAuctions, they are strictly monitored by our PlayerGuardian technology that makes sure they do not scam any buyers or that they do not get scammed by buyers. Trust is important for us here at PlayerAuctions and we want to assure you that all your transactions will be 100% safe and legit.

What are you waiting for, then? Get off your bum and start your galactic conquest today with all the EVE Isk and Plex you can get your hands on!