What better way to roam the most savage of lands than atop the most awesome dinosaurs in Ark? From cumbersome herbivores and Piscivores to the most ruthless carnivores, you can be sure to find ‘em here! Be the ultimate survivor in Ark with a little help from PlayerAuctions. Check out our offers and buy Ark dinosaurs today! 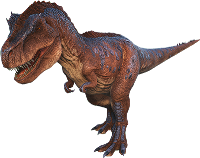 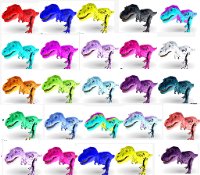 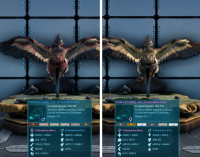 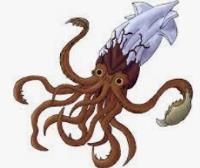 Checking out the Ark Dinosaurs for Sale

The world is being ravaged by free-roaming dinosaurs and other prehistoric monsters, so you must be quick about your wits! As if it wasn’t obvious enough, survival is the object of the game in Ark Survival Evolved. It’s a game with many alluring factors, but the most potent one that constantly lures gamers to try out Ark Survival Evolved is its dinosaurs.

Dinosaurs are often seen in films, stories, and even in archaeology books depicting how powerful, large, and most of all, dangerous they are. Even though dinosaurs went extinct millions of years ago, the research and collection of their remains gives us a clear picture of what it would be like should humans live in the same era as dinosaurs. Most of us would simply become fodder for the likes of these ginormous monstrosities, but there may be a chance that humans would be able to possibly tame them like in the movies like Jurassic World. But of course, that may only be a dream.

Taming in Ark Survival Evolved can be a difficult process to learn if players don’t know what they’re doing. These players can get hurt, or worse, killed. Should the gamers master the art of taming and become successful at it, many benefits await them that will ultimately improve their quality of life. Tamed dinosaurs/animals can be used in several ways. One of which, and arguably the most important, is that these dinos can be used for riding. Sure, players can traverse the land of the Corrupted Earth with their bare feet, but the time it’ll take getting from Point A to Point B can last the whole day; whereas if they were to ride a dinosaur instead, players can do everything they need to do within just half a day or even less. Another thing that’s useful about taming dinosaurs is that these creatures can also defend the player’s property while they’re offline. More often than not, there are other players who plan to wreak havoc on other players’ bases to steal their loot. Having some sort of security such as tamed animals is a huge plus that can deter the plans of potential looters.

The Best Dinosaurs in Ark

There are a lot of dinosaurs in the game that players can tame, but some can be more dangerous than others. Here are the best dinosaurs that every gamer can have in Ark Survival Evolved:

A+ excellent service, very fast, I recommend it.