Want to get a taste of the rewards from the current season’s battlepass? Don’t have enough coins to buy a new Legend skin? Players who buy Apex Legends Mobile Currency’s Gold can gain access to thousands of items and cosmetics only available in the Premium Shop. Get a Sparring Partner Bangalore or a Martial Malpractice Lifeline! 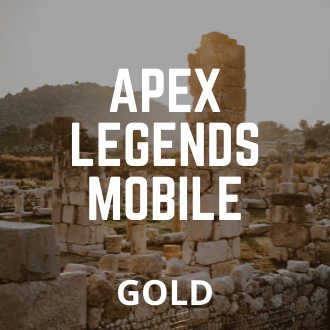 Apex Legends is a popular game within the gaming community and is currently one of the reigning kings of the battle royale genre. The mobile version of the hit BR game seeks to emulate the success of its PC counterpart. Aside from its amazing gameplay and features, Apex Mobile also has various premium items like outfits and weapon skins that will enhance the gaming experience. Unfortunately, these items come at a hefty cost.

Cosmetics require players to use the game’s premium currency known as Syndicate Gold. This type of coin can be used to buy many skins and outfits from Epic to Legendary quality. Sadly, the only way to acquire gold is via topping up. Fortunately, there is more than one way to buy this premium currency.

Aside from buying them in the game’s official store, gamers who are looking to buy gold can look for players who are willing to top up Syndicate Gold for others at a much lower price. Fans can still make the most out of spending real money. Since there is no way to avoid spending money in the game, then players should go for offers that will give them the best deals.

The mobile version of Respawn has more than one type of currency that players can acquire. These tokens can be used for various things such as buying new Legends or acquiring new cosmetics. Here are all the current existing currencies in the game:

Gold is considered the premium currency of Apex Mobile. These coins can only be acquired by topping up with real money. Players can use these tokens to buy Legend Skins, Light Crates, and Battle Passes.

These tokens are the play-to-earn coins of the game. This type of currency can be acquired by doing events, achieving milestones, completing challenges, and leveling up the battle pass. Flux Coins are used to buy Legends, Trackers, and event character and weapon cosmetics. They are also used for crafting several items.

Vault Tokens are similar to the PC version’s Apex Pack. This type of currency can also be called Draw Tickets since they are used to spin lucky draws and common packs. Vault Tokens can be acquired by purchasing them with Syndicate Gold.

These points are earned by playing games, completing missions, and leveling up the account. It is the easiest currency to acquire and accumulate within the game. EXP Points can be used to redeem or craft the following items:

These tokens are another type of currency that can be acquired by using Syndicate Gold. These chips are to redeem Lite Crates from the store, which contains various rewards.

Read more
PlayerAuctions is an independent player-to-player marketplace for buying and selling virtual video game property. PlayerAuctions is NOT endorsed by, directly affiliated with, maintained, authorized, or sponsored by Apex Legends Mobile or its trademark owner.
Select server and Faction
We use cookies and similar technologies on this website. This improves the browsing experience for you and enables us to tailor better products and services to you. Cookies are stored locally on your computer or mobile device. To accept cookies either click "Accept Cookies", or continue to browse as normal. Cookie Policy