Much like in the current Aion Online game, players will need a lot of Aion Classic Kinah if they want to buy anything. Plus, Kinah also helps them get through the leveling stage that’s present in the early parts of the game. With the possibility of expansions coming to Classic, it’s never too soon to start stocking up on currency. 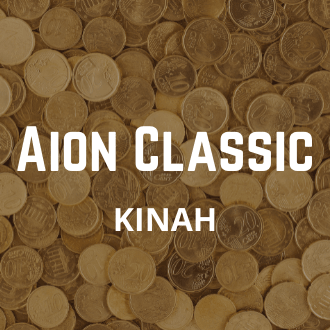 Aion Classic cuts away many of the features, locations, and classes that were added as time went on, and brings back the game’s original feel. This should give older players a more nostalgic, simpler, and a more balanced game, as power creep has not set in by then.

As for the new players, Aion Classic is the perfect opportunity to get into the game, as it gives an experience that is not only more accessible, but also more loyal to its roots. For example, Aion used to have a big focus on the conflict between the dark-tuned Asmodians and the light-loving Elyons. Thankfully, Aion Classic is bringing that back.

Another aspect that will be returned to its origins are the classes, as their number will be brought back down to the original ones – Warrior, Scout, Mage, Priest, Techist, and Muse.

Apart from the renewed focus on faction wars and the original classes, there is another aspect that will be affected by this return to a simpler time: the economy. As the game went on, the player-driven economy became more and more inflated, which means players needed more and more Kinah for items sold by other players. For that, they might decide to buy Aion Classic Kinah.

With Aion Classic basically restarting the economy. Kinah will have better and fairer value. That, however, doesn’t mean it’s going to be easy to come by. Much like before, Aion Classic Kinah will still have to be farmed, and farming takes much time. It also does not help that despite the less-inflated player-driven economy in Aion Classic, certain items, especially rare and competitive gear and important crafting materials, will still be worth a lot. Or rather, be worth a lot again, items that have lost their value due to power creep will cost thousands of Kinah once more.

Lastly, Aion Kinah is a great thing to have lots of for players that need a lot of consumables and crafting materials. Rather than spend much time respectively crafting and gathering them, they are better off buying them.

How Much is Aion Classic Kinah?

Players in need of Aion Classic Kinah are able to find offers from other players who they can buy it from online. When they do so, they need to take note of the in-game value of Kinah at the time they are buying. This way, they can make a decision as to whether or not they think the Kinah is actually worth the amount that they’re paying for it. They might also check other offers in the marketplace and compare them to see which sellers are offering the best prices and rates.

Always fast and easy! A+

Amazing seller, recommended! Thank you so much