Buying NHL coins is the most convenient, fastest, and easiest way to get the coins needed for the best team. Packs reward players with various things so it’s always a gamble. It requires tons of coins to guarantee to get the team member desired. That’s why buyers prefer to buy NHL 23 coins instead of farming. Enjoy NHL! 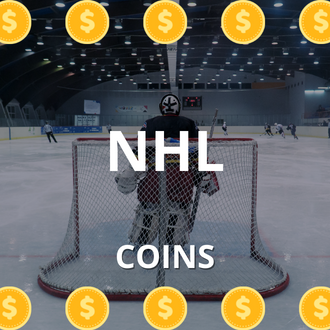 Though their in-game performances would not reflect their current state, in reality, there’s a certain charm to owning them in the game. It may be a psychological effect but the manager (referring to the player of the video game) may play better with these players on the team.

There would be too many to list, so here are the top 5 players in NHL.

The star rookie has grown up to be a superb player and continues his streak for good plays and scoring points. He may have had a shorter than usual time as a rookie, but he shone in the time that was available. It was enough that even though he didn’t win any awards, scouts still saw his potential. Now, he’s still dazzling fans of all kinds with his ingenuity and talents.

He’s almost a successor to fellow Nova Scotia player Sidney Crosby. The fact that their hometown is contemplating adding his name to the welcome sign is proof of that. At any rate, he’s the youngest player to debut at 18 years old. Since then he’s been consistent in his plays, winning various awards, or is a finalist for a few. He’s someone to watch out for.

Draisaitl has a knack for seeing the gaps in the defense. He’s a perfect scorer or set-up man, noticing who’s free to take the shot. He also is a natural center who can excel in the wings. His talents and skills help out any team he’s in, so he’s absolutely a must-have in the game.

Nikita is one of the best scorers in the league right now. While his time as a rookie was less than stellar, he had finally found his stride as a player. He’s consistent, even reaching records a few others had reached. For an NHL 23 manager’s team, there’s no reason not to have him on the team.

Of course, no team is complete without its goalie, and the top player for that position is Vasilevskiy. He rose to the goalie ranks quickly, eventually beating out Bishop and becoming the starter goalie of the team. He’s now one of the most reliable goalies there are in the league, and any manager is lucky to have him.

Again, don’t expect them to perform like their real-life counterparts in-game. That part is still up to the skill of the manager. It does help to have the favorite players in the team so that’s a plus. While a manager’s or a buyer’s favorite may not be in the top 5, buying NHL coins can guarantee that they’ll get whoever it is.

Buyers get the best trading experiences in the online marketplace. Not only do those host the most reliable and trustworthy of online sellers, but they also have top-of-the-line security systems in place. That way, buyers can get their coins without having to worry about scams, fraudsters, and thieves. Also, they get their coins cheaper than on other sites!

They do have to be aware of the risks, as nothing can remove them completely from the transactions. Prepare for those by reading up on the game’s policies about this kind of trade. Accidents can happen as well, and it’s best to prepare for those beforehand.

Enjoy NHL and the new riches!

Love the coins thank you!!!

Read more
PlayerAuctions is an independent player-to-player marketplace for buying and selling virtual video game property. PlayerAuctions is NOT endorsed by, directly affiliated with, maintained, authorized, or sponsored by NHL or its trademark owner.
Select server and Faction
We use cookies and similar technologies on this website. This improves the browsing experience for you and enables us to tailor better products and services to you. Cookies are stored locally on your computer or mobile device. To accept cookies either click "Accept Cookies", or continue to browse as normal. Cookie Policy