Since its initial release almost 20 years ago, Neopets has seen countless updates and incarnations. Explore the fun possibilities that NeoPets offers today and make the most of this game by scoring some NeoPets NP currency. The online marketplace is just the place to get NeoPoints. 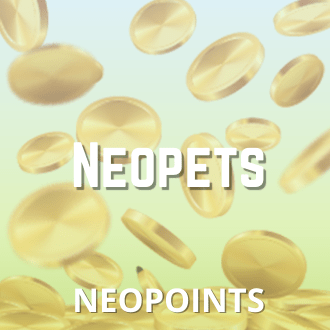 There are many awesome online marketplaces for Neopoints. Sellers offer Neopoints at prices below the market rate, and buyers can take advantage of the available offers. Checking back regularly can be useful if wanting to buy Neopoints, as prices tend to fluctuate. Those who have already conquered Neopets can offer some Neopoints to other players, as sellers. They then help out struggling players by letting them buy their extra Neopoints.

Where to Buy Neopoints?

The best places to buy Neopoints are reliable and reputable trading platforms. With longevity on their side, they have amassed a sizeable community of traders. Those traders rely on the platform's security and consistent service, else they would've left a long time ago. Plus, without the various fees other sites ask for, offers on the platform are the cheapest deals buyers will ever see.

Even though the platform removes most of the risks of online trading, it can never remove all of it completely. That means buyers have to be prepared and watch out for unexpected consequences. After all, no matter how much anybody tries to prevent the latter, they can still happen. Prepare for those by reading the game's policies, terms, and regulations about this kind of transaction. More information can be found in the marketplace's policies or asking for legal counsel.

I love how easy and comfortable this seller makes this.

Sell Your Products
About Neopets Neopoints

Throughout the years, there have been many digital pet gadgets (Tamagotchi) and games. There are, however, only a handful that is browser-based. Many people think less of games if they are browser-based. But players don’t have to let people stop them from trying out this rather fun digital pet place.

Neopets, however, isn’t just a video game, it is a virtual terrarium, where players feed, take care of, and do all sorts of things with their virtual Neopet. Upon entering the game universe, players are directed to first design and select their first Neopet from amongst the selection of different species, for which there are over 42 choices available. Players can diversify their Neopet by color, personality traits, and even down to the level of detailing their combat stats.

After creating the first Neopet, players can now enjoy the different things the game has to offer. Pro-tip: to make the most of the experience in Neopets, players need to develop a strategy and set time aside to acquire Neopoints, the in-game currency. After all, much like in real life, many things in Neopia don’t come free. While these items are not necessarily needed by the player or their Neopet, the currency does make the game a lot more fun.

There are a few ways to play Neopets in order to gain additional Neopoints:

Turmac Roll – once players hit a score that is above 250, they should send their score. In addition, if they were able to make their turmac slow enough that it almost comes to a standstill (press the left arrow), the player will have better chances of obtaining a rare berry that will give even more points. Two for one.

Bouncy Supreme – in this game, players have to send their score once it reaches 1200 so that they can have 1000 Neopoints, the highest amount rewarded in the game. Do it thrice in one day, and players will be able to earn a whopping 3000 Neopoints.

When short on time, buyers can opt to purchase Neopoints directly from other gamers who are willing to sell. Simply by paying for it with cash, they can have the Neopoints they want in an instant. The problem with this, however, is that not all Neopoints sellers that can be found online are worth the trust. That's why it's important to trade only on reliable trading platforms.

Read more
PlayerAuctions is an independent player-to-player marketplace for buying and selling virtual video game property. PlayerAuctions is NOT endorsed by, directly affiliated with, maintained, authorized, or sponsored by Neopets or its trademark owner.
Select server and Faction
We use cookies and similar technologies on this website. This improves the browsing experience for you and enables us to tailor better products and services to you. Cookies are stored locally on your computer or mobile device. To accept cookies either click "Accept Cookies", or continue to browse as normal. Cookie Policy