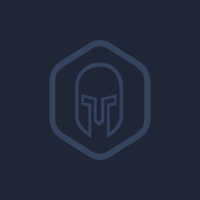 1700 cp, 10 max level characters across all 3 alliances. Any capacity in which you could want to play, is possible.

Every character can be set up to compete effectively in both PvE and PvP. I did both and so i have a wide assortment of gear for both. Magicka and stamina dps gear, tank gear, multiple varieties of healing gear, from buff to damage to tanky healing to literally tank and heal group. I have most of the arena weapons from dragonstar arena, maelstrom arena, and  vateshran hallows. i have most monster sets, and typically will have them in all 3 weights. I have flawless conqeuror, spirit slayer, and emperor titles (the 3 most coveted solo achievement titles). i have these skins : amber plasm, dreadhorn shaman, dro-m'athra, fabrication sheath, reanimated vampiric thrall, slag town diver, spiderkith, sunspire ice-fire, void pathosis. also have the assassin personality, heroic, and worm wizard. i bought a bunch of hair styles, a few hats and masks.

Below are listed my characters. Each character is max level, with all appropriate weapon, armor, and class skill lines already grinded out, so i wont mention that so i dont repeat myself constantly.

Stamina Warden, Orc, Aldmeri Dominion. Rank 9 undaunted (9 gives you all the passives, 10 gives you a title but i already have the title), max assault, support, alchemy.

If you have any questions just message me.

View all feedback on chosengame