Strengthen the 200-year galactic tradition by buying Star Trek Online Credits. The marketplace has currency including STO Energy Credits. Instead of grinding, buyers could choose to purchase STO Credits, become the most elite Starfleet officer, and explore uncharted territory in space. Enjoy STO with the new riches! 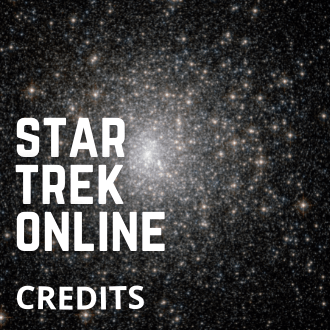 All About Star Trek Online Currencies

All games with some kind of trading will end up having currency. While some would stick to one kind, some games have multiple kinds for different functions. Players can use each one to exchange for various goods and services. There can be some overlap between the goods these currencies can be exchanged for, though a majority is mutually exclusive.

Star Trek Online is no different and uses a few different currency systems. Here they are and their function

Why Buy STO Energy Credits and Other Currency

Like in real life, earning money is no easy task. Even in-game, players should put in the effort to earn. Whether that's by doing tasks or by trading with others, there's no denying that it takes time for the riches to accumulate. The problem is, not everyone has the time to spend on doing those repetitive, tedious tasks to earn virtual currency.

It can be a variety of reasons, from needing to study to prioritizing something other than playing a video game. Whatever their reason is, buying STO currency is the easiest way to get the currency they need. They don't have to waste time on grinding and farming them, letting them get onto what they want to do.

The best place for these trades is the online marketplace. Security ensures no foul play butts into the trade. The community keeps goods and services flowing, as there's always a buyer and seller for every kind of offer. Lastly, everything on the marketplace is quite cheap because of the lack of subscription fees.

With that, it's time to enjoy having more than enough currency in the game. Have fun playing Star Trek Online!

Order went great, apologies for not closing properly, did not remember to

Sell Your Products
About STO Credits

Star Trek has long been an important part of geek culture for decades. What started as an immensely popular science fiction series in the 60s spawned TV show and movie trilogy spinoffs, merchandise worth thousands of dollars, and many video games. Star Trek Online (STO) is an MMO that lets players explore the universe figuratively, fight Klingons, and collect STO Energy credits, and build ships.

The Importance of STO Energy Credits for Players

Farming STO Energy Credits is not the most exciting thing a player can do, unfortunately. And with no quick and easy way to earn credits, every day can feel like a slog for the gamers that just want to have enough credits to get them through the game. Thankfully, there are third-party marketplaces out there that have sellers for Star Trek Online credits where buyers can purchase them. As player-to-player online marketplaces continue to mushroom, players will get to have an easier time getting the battlecruiser of their dreams. Gone are the days where they will have to waste their time just to grind for credits. Strap in, and enjoy the ride. With STO energy credits by their side, gamers will be able to get all sorts of powerful ships in just a few clicks.

Star Trek Online Energy Credits: Where to Use Them

Many things have set STO apart from other MMO games, especially since it’s based on a widely, recognized sci-fi franchise. There are three primary classes: tactical, engineer, and science officer. Similar to other MMOs, each class fills a particular role. The first one (tactical officer), is about combat: doing damage in many ways and fighting is what this class is designed to perform. The second class (the engineer) is STO’s support. They help increase the damage output of the tactical officers, heal fellow players, and repair ships. The engineer is a must-have for every party. The last role (the science officer) is a combination of both the tactical officer and the engineer, which is a jack-of-all-trades-master-of-none type. With a science officer, players can deal damage, heal, repair, and buff.

In addition to a rather simple yet fitting three-class system, the game is unique because of the two modes: Ground and Space. For the Ground Mode, players can explore planets on foot and take on enemies. Space Mode, on the other hand, is where players travel and engage in galactic battles with other ships, and players need to make their ships the best as much as possible.

For players to equip their characters with the best gear and to build a solid ship, they need to have Star Trek Online Credits (game currency). STO gives players more opportunity to farm for STO credits.

First off, people can sell beam tech upgrades because they only require uncommon materials, which are fairly inexpensive costing them 7,500 STO Energy Credits. Sellers can sell over 30,000 energy credits, so that’s twice or even triple the profit.

Dilithium is a great way to make energy credits for purchasing ships, weapons, and deflectors, and shields. Crafting materials can also be traded for Zen. In turn, Zen can be used to buy keys, which are then sold for credits.

Another way to earn credits in the game is by selling Contraband, an item that is worth 2000 energy credits. To obtain this particular item, players can either engage in a wide variety of duty officer assignments with Hangar (Advanced Orion Slavers), which can steal Contraband from other ships. Do note, however, that this does not work in the PvP mode.

There are many other methods to farm Energy Credits in the game, but they have their drawbacks. They're easy to do and require lots of time before they become profitable. Thankfully, there is always a third option for players that don't necessarily have all the time in the world, and that is getting cheap STO credits from an online source.

Many sites are available for players to buy STO credits from. So, if a player needs some or even a good chunk, then they don’t have to worry about not being able to purchase some. The problem, however, is choosing which third-party marketplace they ought to choose to get their fix. These days, it's hard to tell which online marketplaces have the cheapest rates.