By having a lot of Rocket League Credits, players can finally complete their blueprints and get exclusive cosmetic items that they've always wanted from the Item Shop. With lots of deals that happen in the in-game's store, it's easy to spend the currency in a blink of an eye. Time to tick off some items from that wish list! 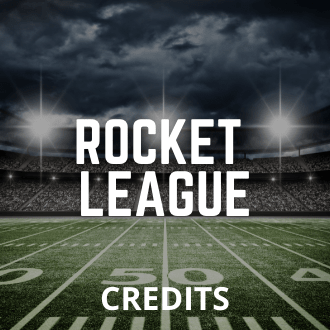 Rocket League credits are the premium currency players buy with real money. These are then used for the Item Shop. The Item Shop is where they can purchase cosmetics without having to go through the seemingly unending randomness of farming blueprints.

Back then, Rocket League previously featured a Keys and Crates system, which is similar to the loot boxes of other online games. Players are always at the mercy of RNG when it came to opening Crates, and so the developers decided to replace the outdated system by giving players the option to buy anything that they want with Credits. This lead to unopened Crates being turned into ‘unrevealed’ blueprints and the Keys were converted into credits. While cosmetics in the game will now appear as blueprints that players use to piece the said cosmetic item together, they’ll still need Credits for it. The good news is, the updated system takes away some of the randomness when it comes to getting items. But then again, the blueprints that players get still have that RNG ingrained.

Credits are a currency in Rocket League that can be purchased from a player’s specific platform marketplace. The currency can also be earned from the Rocket Pass, Rocket League’s iteration of the modern-day Battle Pass. Credits are typically used to purchase items from the Item Shop or unlock Blueprints. Rocket League Credits are usually bought from the game’s official Item Shop where they come in sets of 500, 1100, 3000, and 6500 Credits. However, for those that want to get Credits that don’t come in those sets or just want a specific amount, they also have the option to avail the currency in marketplaces that specialize in dealing/trading in-game assets.

What Players Need to Know Before Getting the Currency

Blueprints and other tradeable items can be acquired in a lot of ways such as leveling up and availing event items using the designated event points/currency for a limited time. People often forget, however, that there’s also the option of getting Credits to get more blueprints with the help of third-party marketplaces. Of course, they’d have to spend actual money to get what they want, but if they no longer have the time to farm blueprints in Rocket League, then it’s an option that they can take.

Another thing that potential buyers ought to take note of is that when dealing with a seller, they should make sure that they match platforms with them. Rocket League does support cross-platform play, but to be able to trade, the buyer and the seller would still need matching consoles.

Finally, when doing any type of trading in Rocket League, players should always be mindful of the Trade Hold mechanic. When buying credits in the game, players will be subject to a Trade Hold for three days. During that time, they can’t trade any of their credits nor items built or bought with the currency within that period. Besides that, all other items are not affected by the embargo. Only after once the three days are over will the Trade Hold be lifted and players can trade everything again.