Having been played by over 14 million players, it’s safe to say that the Lineage saga holds a special place in the pantheon of MMORPGs. A player can easily elevate their experience if they have enough Lineage 2 Adena, the game’s official in-game currency. With enough currency, players will always be ready to face the danger that awaits them. 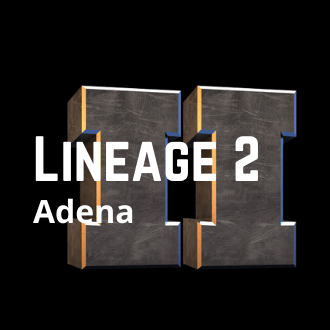 As the world became a global village and pen-and-paper RPGs evolved to video games, the east, particularly South Korea, has tried its hand at the human-elf-orc medieval fantasy world role-playing game trope. And perhaps one of the best and earliest examples of that success would be NCSoft’s popular MMORPG, Lineage; it was even successful enough to spawn a sequel that has been enjoyed by a lot of players, and many of them even purchased Lineage II Adena so that they can experience the game to the fullest.

Why Lineage Adena Is Important

In the game, players are brought to a fantasy world on the verge of a great war. Its three greatest powers, the newly formed kingdom of Aden, the old and powerful military superpower that is the Elmore Kingdom, and the kingdom of Gracia of the west, have been locked in their own respective struggles.

Because of this chaos ensuing all over the land, the people have been in deep trouble. Only the heroes – the players – are able to rise up and fend for themselves, or even seize power and dictate the fate of the land. Players do so by choosing who they will be – humans, elves, orcs, dwarves, dark elves, and khamael - and class, whose selection is limited by race. After deciding on which race and class, players will then make their characters much stronger by leveling up and equipping them with the necessary items.

These items can be obtained by either hunting for them, crafting them, or buying them, either by gold or Lineage 2 Adena.

What is Lineage 2 Adena Worth

The price of Lineage 2 Adena depends on the current demand for it, as well as the price its being sold by sellers. It is important for buyers to know this so that they can know when to buy and where to buy Lineage 2 Adena from. It's best to check current offers by sellers from Lineage 2 marketplaces to get a feel on the market's current price.

Sell Your Products
About L2 Adena

There is an abundance of MMORPGs that feature a medieval fantasy world full of races, magic, and heroes. But in that particular genre full of titles with that setting, there are only a few that stand out. One of those games would be Lineage II, which is the sequel to Lineage, one of the first MMOs. The game was also developed by NCSoft, one of the most prolific MMO game studios in South Korea. In this follow-up, there are a lot of things players can enjoy — even more for players who have Lineage II Adena.

Lineage II Adena – Having It Is a Must

Lineage II is set in a world that is on the brink of collapse, as its three most powerful kingdoms – the newly formed kingdom of Aden, the old and powerful military superpower that is the Elmore Kingdom, and the kingdom of Gracia of the west – are all locked in internal conflict.

This has led to chaos across the land, subjecting the people to suffering. There are, however, a handful of them who has risen above the situation and took it upon themselves to save the land. Players fill the shoes of these heroes, and it is up to them to decide which race – humans, elves, orcs, dwarves, dark elves, and khamael - and class, which in turn is limited by the race they belong to. Once players have decided their race and class, they will then have to make their character more powerful by leveling it up and giving them the necessary items.

There are many ways these items can be obtained. One way is through crafting them, which is a great method to go with – if you have time on your hands, that is, as this requires gathering the necessary materials and the actual crafting, which can take a lot of hours or even a day or two. Another way is by buying them through L2 Adena. The downside to this, however, is that gold has to be farmed, and doing so can also take as much time as crafting, if not more.

Doing dailies and creating other characters is also a great alternative in making L2 Adena gold.

Then there is the Lineage II Prestige Pack, which can be bought from the official Lineage II site. Unlike the other packs that offer more XP and drops, this particular pack, on the other hand, give holders a Prestige Rune, which increases Lineage 2 Adena drop by 100%.

How to Get Lineage II Adena? Buy It

Botting has also been a method that has been used, as it allows players to farm Lineage II gold without even having to play the game. This is often used by players who would rather not play Lineage II if playing means farming, and while this provides the intended effect, botting is terrible for the economy — it artificially bloats inflation. Botting is not only an offense that is punishable by banning, but also easily detectable by admins. Heed our advice: DO NOT ever do botting.

An alternative to this is having the account piloted by another Lineage II player. It’s as fast or arguably much faster than relying on a bot. Players can also buy Lineage II Adena from trusted sellers at marketplaces. We urge buyers to check the online marketplace first for trustworthy amenities and security features.

Read more
PlayerAuctions is an independent player-to-player marketplace for buying and selling virtual video game property. PlayerAuctions is NOT endorsed by, directly affiliated with, maintained, authorized, or sponsored by Lineage 2 or its trademark owner.
Select server and Faction
We use cookies and similar technologies on this website. This improves the browsing experience for you and enables us to tailor better products and services to you. Cookies are stored locally on your computer or mobile device. To accept cookies either click "Accept Cookies", or continue to browse as normal. Cookie Policy