While lots of medieval MMORPGs are high fantasy, Gloria Victis is a low fantasy exception. No magic, no dragons, making it a breath of fresh air! It’s not easy to get gold in such a world. Thankfully, there're always sellers, where players can buy Gloria Victis gold from at reasonable prices. 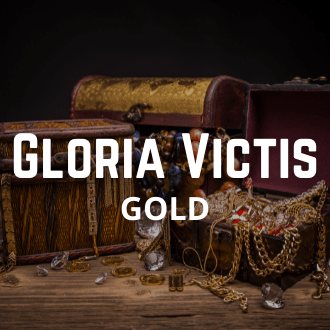 What is Gloria Victis?

Gloria Victis is an MMORPG designed and developed with realism in mind. For starters, it mirrors the aesthetics, architecture, culture, arsenal, armory, and everyday technology of the medieval age time it’s based on.

Following suit is the combat. To give players a feel of European middle age combat, the devs have done away with a system that attacks and targets enemies automatically. Instead, players have to not only actively attack, but also make sure that they’re hitting the target. It should also go without saying that weapons and armor play a critical role in combat, which the game has done a good job of emulating in terms of weight and design.

For weapons and armor, healing items, and crafting materials, it’s possible to obtain them yourself or you could spend some Gloria Victis gold on them. The latter is the more convenient option.

For that, there are sellers that put up Gloria Victis gold for sale. In fact, one of the most common reasons players buy Gloria Victis gold is to save themselves the hassle of crafting, trading, and questing in order to get gold—especially those that need it right away.

How Is Gloria Victis Gold Priced

The price of gold per offer depends on how much gold is included in an offer and how much that offer is. However, the actual value of gold depends on its in-game demand. It's generally best to peruse offers put up by other sellers and base your prices on the average price.

Thanks a bunch! will be return buyer : )

Read more
PlayerAuctions is an independent player-to-player marketplace for buying and selling virtual video game property. PlayerAuctions is NOT endorsed by, directly affiliated with, maintained, authorized, or sponsored by Gloria Victis or its trademark owner.
Select server and Faction
We use cookies and similar technologies on this website. This improves the browsing experience for you and enables us to tailor better products and services to you. Cookies are stored locally on your computer or mobile device. To accept cookies either click "Accept Cookies", or continue to browse as normal. Cookie Policy