Gathering enough Ed, the currency in the fabulous side-scrolling RPG, Elsworld Online, can be laborious. Should you find yourself in short supply on currency, don’t worry, as you can rely on sellers. Thanks to them, you can easily get all the Ed that you need, so you can just focus on the game. 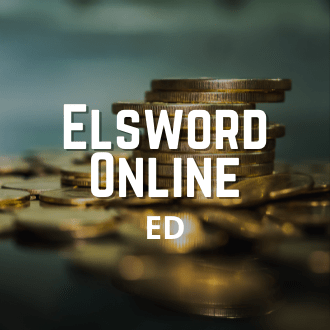 Buy Elsword Online ED for Sale to Get the Best Gear

ED is the main currency in Elsword Online and is spent primarily as a fee for features such as socketing equipment, crafting, enhancing, and many more. Players in Elsword can refine their gear by feeding their inferior equipment to it and gaining the attributes of the said equipment. In doing so, the fed gear will disappear. Here are the item rarity tiers players can find in the game:

Players can only feed the same type of gear to the equipment they’re thinking of enhancing (ex: helmet to helmet, armor to armor, gloves to gloves, etc.). While they can feed their lowest tier gear to an item of Epic or Legendary quality, they would gain much better stats if they used Superior of Epic-tier gear.

Since not all players have tons of gear that they can use as fodder, they’ll have to grind heroic dungeons or their professions. This will require a lot of time, depending on their current level. Thankfully, they have other avenues they can take to get the ball rolling; since there are tons of third-party marketplaces scattered all over the internet these days, players can just purchase the currency they need to get more gear from a trusted seller.

Should players buy Elsword Online ED for sale, they can use it to get as many costumes and accessories as they would like. The cool thing about cosmetics in Elsword is that wearing them will grant you extra stats. For example, if you wear set pieces of a costume, you’ll also gain their set bonuses.

To get costumes, you can use the Ice Machine. If accessories are more the player’s jam, there’s always the Magic Closet. If you want to try them out first to see if they fit your character, the Fashion Mall is the place to head to as it lets you sample costumes and gives you a feel of what your character would look like.