Fight for sheer survival as a warrior, shaman, ninja, sura, or wolfman in Metin 2. To help increase players’ chances against waves upon waves of undead hordes, they can choose to buy Metin 2 Yang. They can either farm for the in-game currency, or get them from their fellow players. 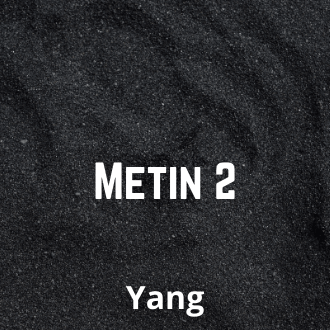 There are only a handful of MMOs that use Eastern lore and culture as their inspiration. For many MMO players and enthusiasts, there should be more Metin2 type games, as there is a sense of uniqueness and mystique that Oriental cultures have. Then again, more isn’t always better because there is already a gem of an MMO in that limited collection. That is no other than Metin2: a game heavily influenced by Chinese mythology. Be a hero who fights monsters, wield legendary arms, and gather Metin 2 Yang.

Metin2 Yang: Why Players Need It?

The game is set in a chaotic era, as a great disease has spread across the land that has caused a huge kingdom to split into three warring states. Despite the great fear that swept the land, there are heroes who took it upon themselves to rise above the darkness of the time. Players fill the roles of these heroes from a particular class: Warrior, Shaman, Ninja, Sura, and Lycan (or Wolfman). All of the classes have a play style, pros and cons, and a role to play that is completely unique to them, so it’s vital for players to choose the one they would like to excel in.

After choosing a class, players have to level up their chosen character, learn new and better skills, and get better equipment. To do the final stages, it’s important for players to obtain a lot of Metin Yang. They can farm it themselves or practice trading until they make lots of Yang, but the easiest way to do so is to buy Metin Yang from fellow players.

Ratings and Reviews
3.8out of 5

Sell Your Products
About M2 Yang

Only a few MMOs draw inspiration from Eastern lore and culture. A shame, as these cultures have beautiful and unique design philosophy, as well as rich mythos which they can draw a lot of inspiration from. And among that small number of Oriental-themed MMO titles is Metin2, which is a great example of the particular sub-genre. Be a hero, fight monsters, and work to get Metin 2 Yang – there’s so much fun to be had in this game.

Why Get Metin2 Yang

Many years before the events of the game, there was only one empire on a continent. For a time, people who lived in it were experienced peace and tranquility. But the golden age they enjoyed made them ignorant to the deadly diseases that were spreading across the land, which eventually reached their kingdom. Its citizens were either afflicted by the disease or attacked by wild beasts that carry it, and those who died by either means became undead. Later on, these undead, which were difficult to slay, became innumerable because the disease has already spread so greatly. These creatures became a scourge upon the kingdom and caused it to be divided into three, where each was pit against one another, continuously fighting for survival.

The game is then set in that world’s chaotic present age. Living in the times are the heroes, which the players fill the shoes of. As one of the individuals who will not only carve their own future but also that of the splintered kingdom, players will be given the chance to choose among the five available classes: Warrior, Shaman, Ninja, Sura, and Wolfman (or Lycan), with the last one being the most recent addition back in 2014. The Warrior is the strong and tough melee class, the Shaman is the more magic-oriented one, the Ninja is the swift and deadly DPS, the Sura is the more well-rounded melee class, and the Wolfman has distinctive specialities as a beast. Each of these classes have their own play style, advantages, and disadvantages, so it’s important to choose which one suits them best.

By engaging in battle, players are rewarded with experience points (EXP) every time they kill a mob and/or completes a mission from an NPC. In addition, by doing so, they also gain Metin2 Yang, which is the game’s currency. Just like in other MMOs, M2 yang is used to buy items and equipment, which are important for players because it makes them fare better in combat and general livelihood in the game.

There are many ways players can earn M2 Yang. Other than simply killing monsters, another way is by doing Metin hunting. A good place to start is the Mountain, where level 55 Metins can be collected. Soul Stones, Stones +3 and +4, and books can also be found there, and they also are worth a good amount of M2 Yang. Demon tower is also a good location, as it has Blessing scrolls, and Gold treasure box+. And lastly, for players that are not into going to dungeons, they can always try mining.

Regardless of which in-game method chosen, there is still the undeniable fact that all of them require a lot of time and effort – something not a lot of players have the luxury of. Thankfully, there is always another way for players to earn Metin2 gold – by deciding to buy M2 Yang from fellow players.