Running low on Dofus Touch Kamas? Don’t let that stop you from playing as one of 18 total classes in one of the most compelling and colossal MMORPGs in recent years. Stock up on the precious in-game currency by browsing through the offers here at PlayerAuctions—your one-stop shop for all your gaming needs! 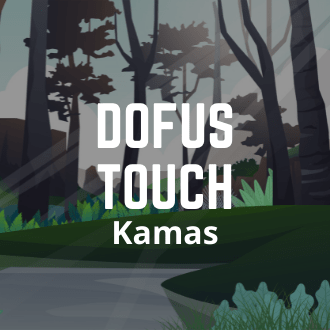 DOFUS Touch is a strategy RPG that mixes the best of both genres. However, it isn’t as popular as “Pure” strategy or RPG games. It didn’t discourage DOFUS though since its still thriving. It’s one of the few games that took the transition to online mobile gaming. Even though the gameplay for DOFUS is similar to Final Fantasy Tactics and Fire Emblem, players control a customized character on a tile-based map. The difference is that they have to keep in mind that each turn has a time limit. Also, moving across the map consumes Movement Points (MP), and other actions consume Action Points (AP).

What’s also important are other RPG staples, including crafting, trading, and earning DOFUS Touch Kamas (the in-game currency). All actions affect the economy of the game, and making Kamas is key because it’s the leading resource for gaining better equipment, accessories, and various items that aid players. Running dungeons and trading are proper ways to earn Kamas, but the simplest and most convenient method is to buy them with real money.

Running dungeons for materials and then selling those for Kamas is a practical strategy; however, it’s time-consuming. All that time running dungeons for Kamas could be useful for other more interesting things to do in the game, including dominating PvP or mastering a craft. Purchasing Kamas is simple: click an offer, pay, and wait for the delivery. After receiving the goods, you can have some fun.

Be cautious when getting Kamas since scammers are online. Avoid buying in-game resources just anywhere. Purchase from PlayerAuctions instead: safety first, fun second.

The Safest Market for Kamas

At PlayerAuctions, the PlayerGuardian and PowerSeller systems keep our users safe. The former encrypts data involved in transactions done on our site, ensuring that hackers won’t reach anybody’s data. The latter is a system that lets buyers leave a rating and review on some criteria of the seller’s service. Future buyers can avoid sellers who don’t have a top notch reputation. Besides, our dealers can sell their wares cheaper and still make some money. If you run into a roadblock, our Customer Support team can steer you in the right direction .

PlayerAuctions is the best site to buy DOFUS Touch Kamas. Get your stuff before it’s too late. Happy strategizing!