Unlock the great mysteries of Eberron today! By collecting DDO platinum & gold, you can rack up your resources and make a lasting mark in the Dungeons & Dragons market. We’ll ensure fast, hassle-free transactions to protect your precious in-game resources. At PlayerAuctions, we do it all for you! 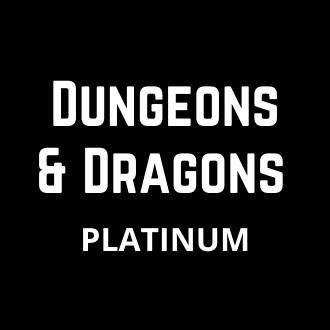 Dungeons and Dragons, the biggest and most popular tabletop game, was able to crossover to the gaming scene easily, with the franchise-spawning a good number of titles because of its tradition. Now that online play is a vital part of the gaming industry, DnD has once again adapted with Dungeons and Dragons Online. Choose a class, go on adventures, slay monsters, and collect DDO Platinum.

Why DDO Platinum Is Necessary

The game stays as faithful to the pen-and-paper style that it consists of by using a modified version of the D&D 3.5 rule set. The gameplay mechanics, from character creation and progression to real-time combat, and anything in between, feels similar to an actual D&D MMO rather than a D&D-inspired one.

DDO Plat: Get Some the Easy Way

No matter how established the tradition and feel of the original D&D is in the game, it still won’t be half as fun for players who don’t have DDO Plat. It’s a valuable resource that allows players to purchase the in-game items they want and need.

To get your much needed DDO Gold fix, you can farm by running dungeons and selling items to NPCs, or sell important and rare items to players. There are other ways to earn this necessary in-game resource. One way is to buy them online.

You can buy DDO Plat and DDO Gold from certain websites. The problem, however, is that many of them aren’t legitimate. Well, it’s a good thing that there are honest places online. In fact, you’re already in one of them! PlayerAuctions is the place!

PlayerAuctions is a player to player trading marketplace. Gamers buy and sell online game-related stuff, such as items, accounts, and currency, including DDO Plat and DDO Gold.

To ensure that our client’s personal details and transactions are safe, we have the PlayerGuardian system as protection. To prevent our buyers from being scammed, we have a five-tier Power Seller system, which they can refer to check our seller’s on-site reputation. In addition, if you have an issue or inquiry regarding our services, our live customer support team will point you in the right direction and is available .

Bring back the spirit of D&D for the digital age with Dungeons and Dragons Online. With DDO Plat, you’re bound to have a good time. Now go be a shining star!

Well done all around.

An hour late, but communication good and given compensation for the wait

Sell Your Products
About DDO Platinum

Dungeons and Dragons started the pen-and-paper RPG craze, which served as the model for video game RPGs, so it makes sense that their entry in the gaming industry was well-received. Their MMO spinoff is Dungeons and Dragons Online. You can enjoy the original role-playing classic and its online goodness with DDO Platinum.

DDO Platinum: Yes, You Need It


Dungeons and Dragons Online, however, isn’t the franchise’s only MMORPG. There is Neverwinter Online, which uses generic MMO gameplay and is only connected to the franchise because it shares the experience. DDO is more faithful to the mechanics of the tabletop RPG, as it uses a modified version of the D&D 3.5 rule set. The game feels like a polygonal take on the tabletop game, and thousands of players from around the globe can join.


Still, no matter how self-contained and self-referential the game gets, it’s still an MMORPG, following many conventions that are always present in the subgenre. Characters choose among the races and classes found in the Dungeons and Dragons lore giving characters a deeper customization and specialization, with advantages and disadvantages. Therefore, it’s important for players to know which combination would suit their play style and aesthetics.


Other than race, class, attribute, abilities, and skills, equipment is also important to characters for protection and offense. There are consumables, which either replenish HP or create special effects on characters who utilize them. Also, there are crafting materials (items that useful for creating other items) resulting in rare or great bonuses.


To obtain items, players either hunt for them by themselves, or they can buy them with DDO Platinum, the game’s in-game currency. In true D&D tradition, this particular resource is useful for purchasing items from NPCs and fellow players.


There are methods players can use to get plenty of DDO gold. First is by farming them the good old-fashioned way, by killing monsters and going in dungeons to sell their loots to NPCs for a good price. Searching and destroying is perhaps the most accessible method of getting DDO plat and gold, but it takes a considerable amount of time and effort before earning one’s keep.


A better alternative is to sell important and rare items to players, as the demand makes them valuable. However, to truly thrive in the sale of items as a means to earn platinum, players should be well-versed in the player-dictated economy, or else they won’t be able to get the amount they deserve.


The two approaches for earning DDO gold are too slow, but there’s another way to speed up the process: buy DDO Platinum online. It’s a popular method for getting rich in the game, as it only requires money, which saves time and effort on the part of the buyer. There’s a danger to buying in-game currency for Dungeons and Dragons Online: getting scammed. Some player to player sites claim to be legitimate sellers but aren’t.


Despite the risks, many players still purchase in-game currency for Dungeons and Dragons Online because it’s convenient, fast, and reliable.

Enjoy Dungeons and Dragons Online with Our DDO Plat


PlayerAuctions is a player to player marketplace where gamers buy and sell online gamed-related stuff, such as items, accounts, and currency, including DDO Plat. So if you’re looking for DDO gold, then you’ve come to the right place.


To ensure that our client’s personal details and transactions are safe, we have the PlayerGuardian system for protection. Also, to prevent our buyers from being scammed, we have a five-tier Power Seller system, which they can refer to check our seller’s on-site reputation. Lastly, for our clients who have questions or concerns, they can reach out to our live customer support team .


Bring back the spirit of D&D in the Internet age with Dungeons and Dragons Online. Make it happen, folks!