A game like Warzone 2.0 can get very frustrating when you gotta choose which weapons to use to get more kills and survive. The good thing is there are many great options in the game when it comes to SMGs, and each is unique in its own way. So how will you know which SMG to use to get the best benefit for you?

We will guide you through the best SMGs in Warzone 2.0 according to the stats in the game so that you can decide the best pick for you. Before we go further with the rankings, let us first see the criteria on which we would base this ranking.

What Is A Good SMG

SMGs are the ideal guns for close-range encounters. This is because they fall in the category between Assault Rifles and Pistols. Due to their easy mobility, SMGs allow you to move and dodge ambushes quite effectively, and their high fire rate will ensure that you wipe out entire teams before they get a good chance to react.

A good SMG takes the least time to kill opponents while within its max-damage range. In other words, a good SMG is one with the least TTK. There are times when the fire rate of an SMG overpowers its accuracy, but if you are scoring kills with it, why switch it out? Keep reading this article to find the best SMG (objectively and subjectively).

The Best SMG In Warzone 2

After a lot of consideration, we think that the best SMG in Warzone 2 at the moment is Fennec 45 (Vector). Since there is no official Player stats API for Warzone 2 at the time of writing, as the meta is still in flux, this ranking is not based on KD ratios or win rates. However, the stats don’t lie, and the Fennec 45 (Vector) clearly stands out due to its impressive numbers.

To show that the Fennec 45 (Vector) is the best SMG, we have to show it to you in comparison with the other SMGs in the game. So, here is our ranking list for all of the SMGs in Warzone 2.

In Warzone 2 Season 1 we have a total of 9 SMGs. Here we have ranked all of them from best to worst:

Let us talk about the best 5 SMGs out of these in detail to see why they stand out from the rest and also why we believe Fennec is the better of the whole lot.

The MX9 is a very capable weapon, and in Warzone 2, it can kill very fast. It has a good recoil and feels good to aim with. It is also effortless to use and maneuver. However, it has a few drawbacks, in our opinion. Realistically, not all of the shots fired will land on target, and very quickly, you would be forced to reload, leaving you vulnerable and open.

Moreover, it has a tiny mag size of only 25 (32 at max). This could, perhaps, make it bearable in duos or solos if you don't often jump into action because if you do run into more than a few enemies at once, you'll just be reloading again and again. This is the reason MX9 falls way under the Fennec, as you will read shortly.

The Minibak shines with its considerably huge mag size of 64 rounds. This huge mag size makes it ideal for Trios and Squads, as you can wipe out whole teams without having to cover to reload. This also saves up an attachment slot that is usually the extended mag attachment, which can now be used for mobility or damage range, for example, making it more lethal.

This, coupled with the insane mobility of this gun, makes it the ideal SMG for strafing. Plus, the low recoil on this thing makes it the SMG for you if you’re good with movement. But despite all that huge magazine capacity, the Minibak still lacks a good fire rate, severely dropping its DPS (damage per second), falling out of the race for the best SMG.

The Vaznev-9k is very similar to the Minibak, it just has a slightly smaller mag size. But then, why do we rank it higher than the Minibak? That would be because of its very impressive TTK potential.

The Vaznev-9k is a hard-hitter, and if you have a good aim to control it, you can not go wrong with this SMG. It is a close and mid-range SMG, making it more accurate than many others. Still, it is not the most accurate, nor is it the fastest or easiest. So it is easy not to pick up the Vaznev-9k when you have the Lachmann Sub or the Fennec 45 around.

The best part about the Lachmann Sub is that it also has a very good range and accuracy. This can guarantee you kills if your aim is good, plus the TTK is also very fast. The only thing stopping it from being number 1 one on this list is the TTK is lesser than that of the Fennec.

The Fennec 45, as we have told you, is the best SMG in Warzone 2, and we have good reason to believe this. This is because this SMG will straight-up dominate any close-ranged fight with any other SMG on this list. It has an insanely fast TTK that instantly deletes opponents from the game.

The fire rate on the Fennec is absurd. It just sprays out all of its bullets onto your opponent instantly. Some of you people may think otherwise because of how hard to control it can get; however, within its max damage range, this gun obliterates its targets, no questions asked.

For the sake of better presenting you with all of this, we give you the stats of all of these SMGs. Take your time to see the differences between the options and compare them with our results.

Before we start, a few of the stats need some explanation. We have given the key down below:

Finally, here are the stats for all the SMGs:

The stats suggest that the Fennec 45 is the best SMG due to its high DPS. The Fennec 45 may not be as flashy or accurate as the others on the list here, but it sure is the best to get the job done. This ranking list, however, is only accurate for the current season, as the guns could change as newer updates drop in the future. 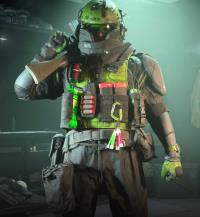 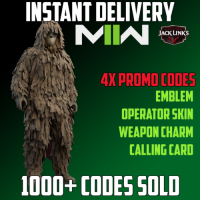 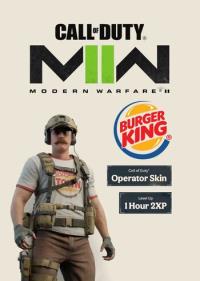