MapleStory 2 takes all the good things about its predecessor and improves upon it—in full 3D fashion! Don't skip a beat! Earn the most MapleStory 2 Mesos in the quickest way possible. Buy them now at PlayerAuctions. With customer care, you’re sure to get the most bang for your buck. Sign up now! 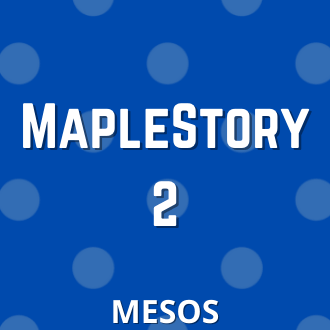 How to Get Your MapleStory 2 Mesos

Getting MapleStory 2 Mesos is easy. Just follow these simple steps and you'll be good to go!

Farming and grinding in MMORPGs require chunks of time and effort and MapleStory 2 is no exception. But that's not all to it! There's also fierce competition among players and there's a high chance that others will end up kill-stealing your mob and leaving you empty-handed after all the time and effort expended. Buying Mesos, on the other hand, provides you with instant benefits. MapleStory 2 is a “grindy” game that pretty much requires you to kill insane amounts of monsters just to keep leveling up.

Why Buy MapleStory 2 Mesos from PlayerAuctions?

Sure, it's an honorable feat, but let's face it; not everyone has the time (nor the patience) to go through tediously long hours of gameplay. When you buy MS2 Mesos from PlayerAuctions, you get an instant boost to get all the in-game items your heart desires. And at PlayerAuctions, you get superior protection for your transactions courtesy of our foolproof PlayerGuardian system.

Why do it any other way?

Sell Your Products
About MapleStory 2 Mesos

The Ins and Outs of MapleStory 2 Game Play

While MapleStory 2 freely borrows features from its original incarnation, it is nothing like its predecessor; and that's a good thing! The most noticeable differance is that MapleStory 2 takes players in for a much more immersive 3D experience! While a good chunk of the original game's NPCs, locations, and mobs do make a return, they do so with unique twists and changes that add a fresh take to MS2. It is an economically-driven game that affords players with a host of possibilities, thanks to its robust economy.

As with any other MMORPG, you'll need to make a substantial amount of in-game currency early on if you are to make it far. MapleStory 2's economy is a thriving one, and it revolves around the meso (or MapleStory gold). Meso is MapleStory's prevailing in-game currency. With plenty of chances to earn mesos in the free market, however, you won't need to grind much.

Leveling up and getting better equipment is all tied to getting more mesos. The more in-game currency you have, the better off you'll be. Thankfully, NSquare (Along with Nexon and NCSoft) developers have made it easy for players to line their virtual pockets with Mesos. We're talking about the Daily "Get Rich" Missions! All three missions entail traveling around the Maple World to attack mobs. They take no more than an average of 10-15 minutes to complete, and they can yield you a return of about 200-400K Mesos per character! Now if that isn't worth getting into, we don't know what is!

MapleStory: How to Make Mesos

Grinding for Mesos can be tiresome in MapleStory 2. If you know what you're doing, it's not as hard as in the original game. Plus, there are more ways and 'MapleStory Meso Guides' out there to help you make mesos in MapleStory 2. Here are a few ways to earn mesos. Be warned, however, that these methods involve time, effort, and maybe even a bit of luck.

In the end, nothing really beats buying Mesos in the open market. It's quick and it's easy! There's no grinding involved and you don't really need to spend inordinate amounts of time crawling complex dungeons with little to no chance of success whatsoever.