Much like the previous games in the series, credits play an important factor in Forza Horizon 5 since it’s the go-to currency for players to buy the latest cars, install upgrades, or revamp the aesthetics of their vehicle. Needless to say, gamers won’t get anything done in Mexico if they don’t start jazzing up their ride. 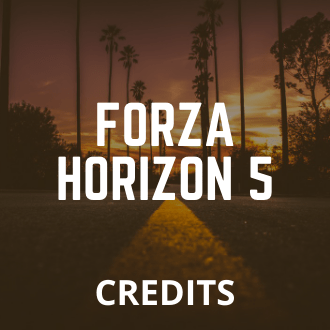 Buy Forza Horizon 5 Credits to Get the Best Cars, Characters, and More

As the name suggests, Forza Horizon 5 Credits refers to the official game currency used for the latest entry in the Forza series. These credits can be used by players to purchase accessories, characters, vehicles, and many more. In this jam-packed, adrenaline-rushing, racing world, if players don’t have enough of the currency to buy better vehicles, it’ll be difficult for them to get outstanding achievements. Getting first place in races is fun and all, but the heart of the game lies in being able to customize and acquire the many cars in the game. Players can truly deck everything out--from the color of their car down to the type of wheels that they want to sport.

Of course, let’s not forget about the wide array of vehicles available in Forza Horizon 5. Forza Horizon 5 has over 500 cars to collect, where some of the most formidable and fastest vehicles can burn a hole in a player’s pocket. As a result, players have to either grind races to afford the best cars or purchase the currency from a third-party marketplace.

Enjoying the Sights Without Worrying About Being Poor

Usually, players can get credits by selling the idle vehicles in their garage, reaching career milestones, and completing the tasks that the game gives out to them. The thing is though, accumulating currency through these methods isn’t very high. Plus, there’s the fact that after the honeymoon period of the initial release of FH5, players will want to pay more attention to the game experience instead of just grinding to obtain more Forza Horizon 5 Credits. But if they were to buy the currency from a marketplace they no longer have to worry about where they’ll get the funds for the next upgrade of their car.

Forza Horizon 5 is based on a fictional image of Mexico and has the largest map in the Forza Horizon series by far. Being 50% larger than Forza Horizon 4, there’s a lot for players to take in--the beaches, active crater volcanoes, and ancient Mayan temples are a sight to behold. It would be a shame for them not to enjoy their time with the game just because they’re strapped for credits.

Very fast! Thanks alot! Will update later if there are some issues.

This guy just saved me so much trouble!! Great service