There are lots of MMOs out there, but to many gamers, Pantheon: Rise of the Fallen stands out as something special and is highly anticipated. It’s not officially out yet, but thousands of players have already had the chance to play it. To try and get a headstart, some players want to buy Pantheon gold. 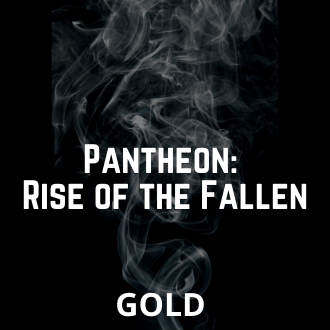 What is Pantheon: Rise of the Fallen

Pantheon has been in development for six years by Visionary Realms, which was founded by Brad McQuaid, who’s also the co-creator of EverQuest. With such a legendary title under his belt, it should be no surprise why a lot of RPG enthusiasts, especially classic ones, are looking forward to its release. In fact, many among them can no longer wait, and have chosen to play the game at pre-alpha.

For all of these players, regardless of whether they’re into it for the track record of the masterminds behind it or the classic MMORPG mechanics, one thing is for sure: gold is an important part of the game.

Why Do Gamers Buy Pantheon Gold?

Gold is the main currency of Pantheon, and like many other classical MMORPGs before it, it is obtained through the usual means such as selling monster loot, as well as being dropped by certain monsters in the game once slain. Items can also be sold to other players, particularly items that are in high demand that might have low drop rates or are difficult to craft. Players might also trade gold for competitive gear or important consumables.

Though there are many ways to earn gold in-game, some players might think that it comes too slow and want to look for faster ways to obtain gold. Gamers might also not have the time or energy to grind and farm for gold as a result of real-life commitments. As a result, there are players who look for other players who have Pantheon gold for sale online.

What Players Should Know About Pantheon: Rise of the Fallen

Pantheon: Rise of the Fallen is an MMORPG by Visionary Realms. The studio was founded by Brad McQuaid, who is also the co-creator of Everquest. For those that have only been recently playing MMORPGs, Everquest is one of the first games of the genre. Released at 1999, the game even predated modern high-speed broadband connection, making it a technological feat for its time.

However, Everquest succeeded not just because it was one of the first MMORPGs. The main driver for its success would be its rich lore, as well as character customization and gameplay that is very adherent to roleplaying traditions. That is what a lot of long-time roleplaying game fans are looking forward to in Pantheon. It’s also why the game continues to get support despite the game being stuck in a state of development limbo.

The game gets its name from the game’s setting, which is a multiverse where a collection of worlds collided together, each one bringing its own culture, as well as deities.

Also, true to roleplaying conventions, the game will have a wide plethora of races to choose from: the more traditional humans, elves, dwarves, ogres, gnomes, and halflings, and even more unique ones such as archai, dark myr, and skar. It also has very familiar classes such as the Paladin, Warrior, Ranger, Rogue, Wizard, Druid, Cleric, Shaman, as well as less common ones such as Summoner, Enchanter, and Dire Lord.

Unfortunately, however, the game remains in alpha testing. Nevertheless, the development for the game continues, promising prospective players, especially those that have already pledged money, that development will continue.