Enter your epic user name to check your Fortnite stats, compare it with your best friends or other pro players today.

Considered by many to be the best Fortnite player around, Tfue rose to popularity streaming H1Z1 and PUBG gameplay before making the move to Fortnite. Tfue is an extremely talented gamer who has even held the record for most solo kills in a game (54). Check out Tfue Fortnite stats and see just what makes him so good - you might learn something. Using a Tfue Fortnite tracker, you can keep tabs on his kills, deaths, and even Tfue's Fortnite wins. 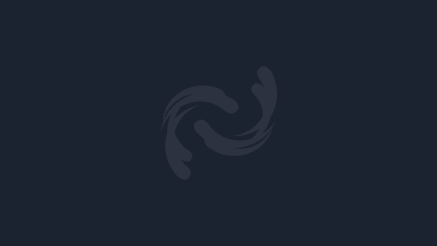 Turner Ellis Tenney, better known as Tfue, is an American vlogger/streamer and Fortnite professional gamer. Along with Ninja, he jumped onto the Fortnite bandwagon, leaving PUBG and Destiny 2 behind. While he isn't as popular as Ninja, he still enjoys a sizable fanbase through his Twitch and Youtube channels. Also, he's considered as one of the best Fortnite players or streamers.

Tfue started out doing stunts with his brother, Jack, who runs the JOOGSQUAD PPJT YouTube channel. He later branched out with his own channel, Tfue, and started streaming his PUBG, Call of Duty, Destiny, and H1Z1 games and highlights. Most of those highlights are various successful trick shots such as no-scopes and high-accuracy shots. There are some vlogs on his YT channel, though gaming videos still dominate his uploads. Since he started playing Fortnite, he hasn't streamed/uploaded videos of other games.

He had a stint playing as a member of the FaZe clan, though he has quit after accusing the team of limiting his progress.

What did Tfue play before Fortnite?

He played PUBG, Destiny, Destiny 2, and H1Z1. There was also a time when he played Call of Duty as well. This history in playing shooting games probably had an influence on how well he plays Fortnite today.

Why did Tfue get banned from Fortnite?

Sometime in June of 2018, Epic Games permanently banned Tfue's account due to alleged illegal account selling. The only evidence was a tweet of his asking for skins or accounts. He, however, took it in stride, making another account named 'Not Tfue', and said he's used to using the default skins. Skins weren't his primary concern anyway.

He did later buy the 'Bullseye' skin after he challenged his followers to retweet a tweet of his 100,000 times. That was after Epic Games had given him some NFL skins after he had said no.

What servers does Tfue play on?

Due to his location, he plays on NA-E or NA-W servers. He gripes about stream snipers, though. He once played on the EU servers for a tournament, doing badly on it. Yet, he didn't blame the server lag completely. The format was more to blame, he said.

If you want to meet or play with him in a scrimmage, he hosts a Discord server (#Peencord) to manage scrimmage games regularly. It's not a 100% guarantee, though you might get to fight other popular streamers such as Cloakzy and Liquid Chap. You have to be lucky to get into the correct lobbies for that.

Follow the rules, and bring your A-game. You'll be battling against serious players at a competitive level.

How does Tfue play Fortnite?

Tfue plays on low sensitivity, about 10-11%. Targeting and scoped sensitivity are about 30%. Due to the low sensitivity, he needs space for the mouse to move. As such, he has his keyboard in a vertical position, rather than the usual horizontal one.

His key binds are:

In the game, he will always prioritize survival. He plays smart and likes tricking his opponents to create openings. Although he plays rather aggressively, he adapts quickly to his enemy's strategies. Some players consider him a dominator, taking control of the battle and not allowing defeat. His high accuracy also helps, as he rarely misses a shot.

Copying his settings might be well and good, but if you don't have the same kind of equipment, you won't be able to anyway. You can also try to copy his playstyle as much as you can, but you can't be as good as him. In short, forget about being like Tfue. During the time you spent trying to copy his tricks, he'll have figured out new ones and improved by then. He is a good goal to have, but you shouldn't strive to be exactly like him. He's the only one who can be him, after all.

You should figure out a configuration and the settings you will be comfortable with. If you want to copy the vertical keyboard configuration for mouse space, you can start by tilting the keyboard little by little. Eventually, it will end up vertical.

Practice and play many, many games. It doesn't have to always be Fortnite. From Tfue's history, his experience in playing other games helped in sharpening his aim and strategies. Remember that you are the only one that can be you, so your focus should be improving yourself and not copying others. Other pro-gamers are good inspirations, but what works for them might not work for you.

That's all there is to be a good Fortnite player. Have fun improving yourself!