Gold has always been an essential part of World of Warcraft, and its importance is even more significant in Dragonflight due to the profession system rework. If players want high-rated gear, ride on unique mounts, and get the rarest transmog appearance without dedicating too much time and effort, they can buy WoW Dragonflight gold from sellers. Buy WotLK gold here. 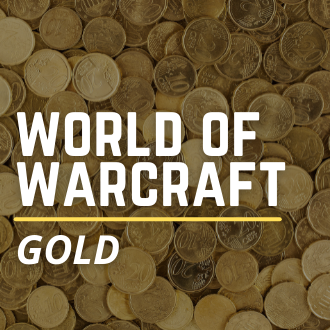 Gold is a crucial part of World of Warcraft simply because it’s used for almost everything—auction trading, completing crafting orders, buying mounts, fixing one’s gear, buying cosmetic items, and more. Under any circumstances, gold is a part of the game which can’t be ignored, especially during the start of the expansion. That’s because the launch of expansions in WoW consumes a lot of a player’s gold (especially if they’re part of a guild) in preparation for the raid progress race. The buyers who would rather skip the process of farming the currency before they start Dragonflight can always opt to buy WoW Dragonflight Gold from third-party sellers that have it in stock.

One of the best things about having a lot of game currency in WoW Dragonflight is that players would always stay ahead of the competition. They can boost the strength of their character in various ways, including:

The only downside to having a lot of gold is the time players will take to gather all the gold they need. Farming is the biggest inconvenience when trying to get rich in World of Warcraft: Dragonflight. While it’s true that they can generate gold by simply killing enemies and accomplishing quests, the general methods aren’t the best ways to become stinkin’ rich. Buyers that don’t want to throw themselves into this arduous process can buy all the gold they want from online sellers, but thankfully, there are also a couple of ways they can make the farming process fun.

Much like other MMORPGs, World of Warcraft has several classes to choose from when players first start their adventure. Each class has different stats, abilities, and skills, with some of these features overlapping. In the case of Dragonflight, classes don’t make much difference in terms of how much gold is farmed. Still, some of them make the process smoother than others. Buyers who want to have an easier time farming gold during the mid to late game should aim for a class specializing in efficiency and movement speed. If that’s the case, they should look at the Druid. This class’ shapeshifting abilities are helpful in many situations; players can use this to their advantage, such as being able to gather herbs and mine in a traveling form. What’s more, Druids can also turn into a cat, making players run faster when indoors. The additional stealthiness of a Druid is beneficial for avoiding unnecessary fights as well.

For the dungeon-goers, the Rogue can do the same things as the Druid, minus the fact that the Rogue has no traveling form. However, this class’ mobility shines in dungeons where players can’t use their mounts.

For those who want to consider the time it takes to travel from point A to point B, the Mage is a class worth looking at. The Mage can move fast with their Blink ability. Moreover, they can generate portals to different parts of the world, saving time while going out and about.

Overall, classes don’t matter in the sense that they provide a lot of impact on how a player farms WoW gold, but taking them into account can save some time. They certainly help streamline things, but other than that, they don’t add much to the table in terms of being able to yield more gold.

Getting Gold in WoW Dragonflight Can Have A Learning Curve

The methods players can use to farm gold in World of Warcraft have changed a bit thanks to the Dragonflight update. Certain aspects of the game getting a massive overhaul, such as the colossal rework of the Professions system. With that in mind, these overhauls have altered how they’d farm gold in the MMO. This leads to the new methods to farm the currency having a bit of a learning curve, especially for the older players that are used to the usual ways of getting gold. At the very least, this doesn’t mean that the farming methods used before the Dragonflight expansion are obsolete—it’s just that they’ll have to change the techniques they use to adapt to the “new” version of World of Warcraft.

For the players having difficulty adapting to the new changes, they can get their gold fix from third-party marketplaces in the meantime. Or at least until they get the hang of the new processes.

What Should Players Spend WoW Gold On?

Slower than usual, thanks.

Only delay was on my part having to afk after placing

Completing dailies and killing mobs isn’t going to cut it for the players that want to do the endgame raids in the future. If they need extra help, they can get WoW Dragonflight gold and tokens from sellers in online marketplaces. Plus, most gamers are bound to spend the currency on other things besides gear, such as stylish cosmetics that can improve the aesthetics of their character. Not everything has to be about trying to get to the top, after all.

Getting Tokens Exchanged for Gold

Tokens were introduced in the Mists of Pandaria expansion, and it’s a reliable way to get a membership or gold in World of Warcraft. The price of tokens varies if bought in exchange for gold coins and depends based on supply and demand. As such, the price of tokens often fluctuated in the Auction Market. But those with a sizeable amount can easily use it to earn in-game gold.

There are only two known ways of getting tokens in World of Warcraft. The first is buying from the official Battle.net store. Each token (more or less) costs €20.00, depending on a player’s exchange rate. They can then sell it at the Auction House for a variable amount of gold. Gamers cannot impose the price at which they wish to sell it; it’s only fixed by the law of supply and demand at the time of deposit. By choosing the right moment to sell the tokens, players can earn more gold from it.

The other method of getting tokens is buying a token from the Auction House. One can buy another player's token; note that the price goes up or down every day, so it’s best not to rush head first when seeing a token available for purchase. The greater the number of players buying tokens in exchange for gold, the higher its price will be. But if most buyers buy tokens with real money instead of in-game gold, then tokens will lower in price when bought with gold.