Classic WoW is bringing back the old days, which means farming for WoW Classic gold can be tedious. It's a good thing there's always the alternative for players to get gold from third-party marketplaces – from Elysium PVP Gold to Northdale Gold, all servers are covered. Now with WoW Season of Mastery out, players are excited for the new season WoW servers where you can start fresh, but that also means a fresh gold grind. If you’re playing the Wrath of the Lich King, find WoTLK gold here. 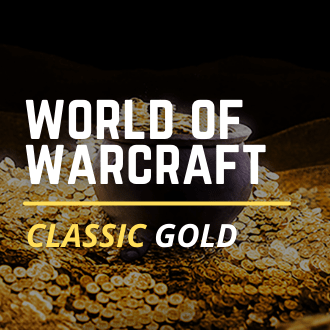 The endless grind of leveling up in Classic World of Warcraft can be tiring—and downright time-consuming! Nobody wants to exert the effort just to go through the motions of farming. Why waste precious in-game hours doing the same monotonous tasks for money when there's so much more content to enjoy? Well, players no longer have to let the grind suck the fun out of their WoW Classic experience, thanks to having the option to get WoW Classic Gold from third-party marketplaces. Since some players have ample resources in the game, it's typical for some of them to give it to the other fellow gamers in the WoW community who need it the most.

Hitting the elusive gold max is one of the ultimate achievements in WoW Classic since it opens up a plethora of possibilities. To help players get a little bit closer to the seemingly unobtainable Classic World of Warcraft gold cap, some veterans have come up with a few key pointers. Take note!

By no means are these the only ways to earn Classic WoW gold, but they sure are among the easiest. If all else fails, they can opt to turn to marketplaces that specialize in trading in-game assets. Since they can be found all over the internet, it's up to the buyers to find the best deals when trying to get WoW Classic Gold. No doubt that there will be a lot of offers plastered all over third-party websites.

Why WoW Classic Gold is Important to Players

There's always something new to tinker with within the World of Warcraft Classic, but it always requires the player to have enough gold to do it. Compared to Vanilla WoW, farming gold in Classic WoW is more difficult since the mechanics date back to the game's early days when everything was brutally difficult. Gold is the most common currency that can be found in World of Warcraft. It's what players earn when doing mobs, completing quests, and joining raids. With gold, players get to purchase all of the armor and equipment that they need. This is especially vital for those that are keen on experimenting with the different builds available for their class. Players can also use gold to purchase certain quality of life features in the game. A prime example would be the mounts. Mounts can be used by players to travel into specific areas faster when compared to traveling by foot. The only downside is that mounts are ludicrously expensive in WoW Classic, with only high-level players being able to afford them usually. As such, it's important for players to always have a sizeable amount of gold in their inventory at all times.

What Should Players Spend WoW Classic Gold On?

Gold is World of Warcraft's most important currency and this is doubly true in Classic. There has never been a shortage of things to spend gold on. Everyone can remember struggling to grind out 50g for their first mount and in WoW Classic, that doesn't change, here's a brief list of everything WoW Classic Gold can be spent on:

I did wrong order, but we manage it out.

Why Do Some Players Buy WoW Classic Gold?

Gold coins have many functions in Classic World of Warcraft and are an integral part of the gameplay. It can be used to buy items from NPCs or in the auction house, to trade with other players, to repair armor, and much more. There are many ways to earn money in WoW Classic such as completing quests, looting mobs, and selling items. WoW Classic gold can also be bought from third-party marketplaces should players want to spend less time farming the currency and more time for PvP-ing, raiding, questing, and whatever else that tickles their fancy.

WoW Classic is a version of the hugely popular MMORPG World of Warcraft in which gamers can play the game in its original state - before the release of WoW's first expansion set in 2007: The Burning Crusade. The following year another expansion set, Wrath of the Lich King, arrived. Since then, five expansions have been released at two-year intervals; Cataclysm, Mists of Pandaria, Warlords of Draenor, Legion, and finally, Battle of Azeroth in 2018. It's clear to see that World of Warcraft has undergone tremendous change over the years. World of Warcraft Classic allows players to dial the clock back and experience WoW in its original form.

Don't be fooled—World of Warcraft Classic offers long-time WoW fans more than just mere nostalgia. It is a legit game to be reckoned with that provides a unique experience. While it is indeed a genuine recreation of WoW’s fan-favorite version 1.12 way back in 2006, it has a few tricks up its sleeve that make its long-awaited release worthwhile. So why is there so much hype surrounding Vanilla WoW? What makes it so special that legions of fans would rather play it over the current incarnation of Wow?

It is filled to the brim with improvements and upgrades such as:

Other than those said upgrades, the proverbial song remains the same as WoW Classic stays true to the more-than-a-decade-old version of the game. As awesome as the current version is, WoW Classic’s charm and ultimate allure are undeniable. Sure, the current version boasts flashier graphics and intricate quests, but Classic gives players more reasons (as well as opportunities) to have deeper and far more meaningful interactions with other players. The world it offers is overflowing with game facets that force players to build upon those relationships in order to progress further. A tangible example is that warriors need the help of healers to survive even the simplest of encounters. Travel time across WoW Classic’s sprawling world can also be cut short not only by mounts which players buy with WoW Classic Gold, but also through Mages’ portals or Warlocks’ summoning rituals. Most noticeable, however, is the fact that their gaming experience is directly affected by the choices other players make. In World of Warcraft Classic, player cooperation is a must!

Read more
PlayerAuctions is an independent player-to-player marketplace for buying and selling virtual video game property. PlayerAuctions is NOT endorsed by, directly affiliated with, maintained, authorized, or sponsored by World of Warcraft Classic or its trademark owner.
Select server and Faction
We use cookies and similar technologies on this website. This improves the browsing experience for you and enables us to tailor better products and services to you. Cookies are stored locally on your computer or mobile device. To accept cookies either click "Accept Cookies", or continue to browse as normal. Cookie Policy