Like the animal it’s named after, Rhino Prime can charge into enemy ranks and shrug off damage. He’s designed to be a tank, and similar to a real life one, anywhere he charges into leaves a trail of destruction. As he’s been vaulted, making it near impossible to get him, some players are buying Rhino from online sellers to find out what he’s all about. 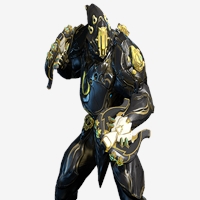