As players drop into the world of Fortuna, they’ll quickly realize the danger they face, in the form of either rival Prospectors or hostile fauna. The main goal in the game is to gather precious materials while their lives and gear remain intact, and should gamers buy The Cycle Frontier K-Marks for sale, these missions will become much more manageable. 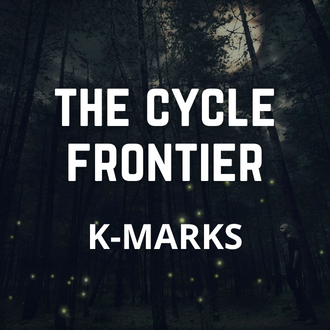 Getting to Know The Cycle: Frontier’s Currencies

K-Marks are the main currency used in The Cycle: Frontier. Players can mainly earn this currency by selling items and completing missions, and they can use it for purchasing items from the various shops in Fortuna III’s Prospect Station.

Besides K-Marks, there are also two more types of currency in the game: Aurum and Gear Salvage Tokens. Aurum is The Cycle: Frontier’s premium currency that can be used to buy cosmetics and Gear Salvage Insurance. Players can buy Aurum with microtransactions or slowly accrue it over time with the Aurum generator, an in-game mechanic.

Meanwhile, the Gear Salvage Tokens are unique since players can only gain them from the game’s seasonal Battle Pass. At the start of the game, players get five tokens. These tokens can be used in place of Aurum to get Gear Salvage Insurance. When it’s pre-season, there’s no way to earn more tokens.

Buy The Cycle: Frontier K-Marks for Sale to Get Better Armor and Weapons

Out of all the currencies discussed, K-Marks is by far the game's most important currency. While Gear Salvage Tokens and Aurums are vital for Insurance purposes, players will often be stuck with the lowest level armor, weapons, and equipment without enough K-Marks.

A large part of the broadscale progression in the game is to gain better gear gradually, and if players don’t have access to those, they’ll never “finish” The Cycle: Frontier or at the very least get to the endgame and all the interesting progression cycles that exist there. K-Marks aren’t hard to come by, but as players get to the later levels, they’ll immediately find themselves needing a lot of the currency to craft the gear they need to stay competitive. Should gamers opt to purchase K-Marks from a third-party marketplace, they no longer need to worry about not being able to complete missions since they can easily breeze past them with the best gear K-Marks can buy.

Awesome seller, helped me so nicely, highly recommended. Thank you

Read more
PlayerAuctions is an independent player-to-player marketplace for buying and selling virtual video game property. PlayerAuctions is NOT endorsed by, directly affiliated with, maintained, authorized, or sponsored by The Cycle: Frontier or its trademark owner.
Select server and Faction
We use cookies and similar technologies on this website. This improves the browsing experience for you and enables us to tailor better products and services to you. Cookies are stored locally on your computer or mobile device. To accept cookies either click "Accept Cookies", or continue to browse as normal. Cookie Policy