For the sensible types of players that would rather live well with RNG, they would often rather get Star Trek Online ships than leave their fate to a computer’s calculations. Plus, STO ships aren't cheap. Whether it's the Advanced Odyssey Cruisers or the 26th Century Tier 6 Dreadnight Starship, it's very much possible to obtain them. 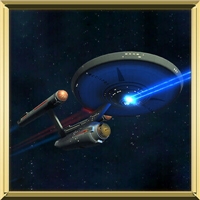 Get those phasers ready, because it's going to get rowdy. Without the help of some of the best STO items out there, players won't be able to stand a chance against the Vulcans. Besides keys, having some of the rarest STO ships in the game will no doubt make one's friends green with envy. But at the end of the day, even a common but sturdy ship is enough to do the job.

Star Trek items are either tradable or untradeable. How items are traded will depend on the item itself. For Bind on Pickup and Bind on Equip items, buyers will have to hang out with the seller. The seller will then help them obtain the items ordered from the content that spawns it. This can be an episode, event, or quest. Alternatively, the buyer can allow the seller to access his or her account to take the character through the content that gives the items.

A Short Guide About Ships in STO

Ships are the heart and soul of Star Trek Online. Without it, players won't be able to traverse the galaxies and explore the continuum of space and time. This is why they need to know about how to take care of their ships and the best ways of taking advantage of every single nut and bolt that holds them. After all, what's the use of owning such a rare and awesome ship if one doesn't know how to use it in the first place? A ship in STO isn't just a mere decoration. Down below are some of the best-kept secrets that pro starship players use when doing a bit of ship caretaking 101.

When players get their ship for the very first time, they tend to just test and experiment on everything in the battlefield before they even read the manual on how to drive a ship in the first place. The best way to get ahead of everybody else is to organize the HUD and toolbar. It's not exactly the most exciting tip one's ever heard of when playing Star Trek Online, but believe it when other pro players say it. When a player organizes their HUD and toolbar of their starship, their combat effectiveness will greatly increase. This is because they no longer have to scamper around to look for their abilities since they can easily access them.

Testing out all sorts of weapons to see which one fits their style the most is fine, but using different weapons in one ship altogether is a huge no-no. Never use mixed weapons. Not only is it a horrible idea from the start, but it will ultimately stop a player's ship from being at its best ability. The best way to get the most out of one's ship is to simply stick with one type of weapon. Newer players will only have access to Plasma, Phaser, and Disruptor weapons, but they'll be able to have more options available to them down the line, such as the Diffusive Tetryon.

Sell Your Products
About STO Items

Star Trek remains as one of the popular and most relevant sci-fi franchises in history. Fifty years after its pilot episode, what initially began as a 1960s series grew into an empire with new series, a movie trilogy, and video games, including an MMO: Star Trek Online (STO). Get on one of those Star Trek Online ships and live a long and prosperous life with the stars.

Some things make STO outstandingly unique. First, it's the three classes: tactical, engineer, and science. The tactical officer focuses on dealing damage in multiple ways. There's the engineer, the STO's support counterpart, who heal and boost attributes of other players and repair STO ships, making him a vital part of every party. Finally, the science officer, the jack-of-all-trades-master-of-none type, can function as both damage-dealer and supporter.

Other than the three-class system, something that sets STO apart from other games is that it features Ground and Space Mode. The Ground version gets players on their space legs, exploring and fighting enemies on a planet's surface. On the other hand, the Space style lets players ride STO ships to cross the vastness of space and fight other ships in epic battles. Something lucrative about this game is that it's one of the few MMOs that lets the gamer be a pilot of a ship.

Since Star Trek Online ships are massive, obtaining and piloting them has become one of the things players enjoy doing the most. To benefit from the perks of navigating the galaxy, players have to get a ship first. Thankfully, it's easy to understand how to get one.

Getting Ships in Star Trek Online

To get the first ship, players have to finish the promotion quest. After that, they can buy any ship available (that depends on their character's level and class). The higher the level is, the better the ships that become accessible. However, to get the best ships in the universe, buying STO credits (the game's currency) is necessary. The game gives plenty of farm opportunities, so players can get a competent ship if they pay their dues with hard work.

The problem with the methods of farming is that it takes lots of time to earn a small amount. It could take days, weeks, and months just to get a sufficient amount. It's a good thing that there's an alternative: to buy STO ships from other players with real money.

At first, you might assume that it's a cop-out to purchase STO ships with money. However, if one does the math, they will be able to see that it's worth it in the long run with the STO quest. Some players and sites provide STO playable starships, such as STO fleet ships, STO Romulan ships, and even Star Trek Online tier 6 ships. With so many more ships being added to Star Trek Online in future updates, choosing which to go with can be hard for a player. So instead, why not have them all? Third-party online marketplaces typically specialize in dealing with digital assets such as in-game items, making it the place to be for buyers that are looking for them to get the ship of their dreams.

The Different Types of Ships in STO

When newbies boot up Star Trek Online for the first time, they'll first need to go through the tutorial, or more specifically, to the Shipyard. This is where their adventure as a wee lieutenant begins. Not long after though, they'll be able to head up to the ramp to the second-floor turbo-lift. This is where the Ship Requisitions are, the place to be for buying starships and starship equipment. Before plunging in and getting whatever ship looks aesthetically cool, players must first know the different types of ships available in Star Trek Online.

Science Vessels can be best described as a support-type ship since it's a vessel that mainly focuses on debuffing enemies and buffing one's allies. These are great for providing much-needed power to other types of ships that can ultimately turn the tide in a player's favor. One of the variations for Science Vessels includes the U.S.S. Voyager.

Cruisers are known as the big daddies of the Federation because of their size. Meaty, large, and a sight to behold, Cruiser ships can take a lot in terms of damage. Long-time players typically call Cruisers a tank-type ship because of how burly and durable they are. The only caveat about this type of ship is that they tend to move at a slower pace — unsurprisingly.

Escorts are fast, agile, and they pack a punch in terms of dealing damage. Packed with firepower, Escorts are fragile ships that are small but deadly. While Escorts don't necessarily have the longevity of a Cruiser, it more than makes up for it with its DPS, making it one of the first ships that players typically get when starting out in Star Trek Online.